As Rudi Garcia goes back to Lille on Sunday with Olympique Lyonnais, a decade has now passed since his LOSC side claimed a stunning Ligue 1 and Coupe de France double.

Garcia has of course been back to Lille since he left Les Dogues in 2013, most recently in early March when his Lyon team went down to a 1-0 defeat in what turned out to be their last match of the season before the coronavirus pandemic brought football grinding to a halt.

That result had serious consequences, ensuring that OL would miss out on European qualification for this campaign when the drastic decision was taken to call the season over early.

Garcia has struggled to win over the Lyon supporters since being appointed just over a year ago now, although the run to the Champions League semi-finals in August earned him credit and his side come into this weekend buoyed by back-to-back wins against RC Strasbourg Alsace and AS Monaco, in which they have scored a total of seven goals.

But as the 56-year-old battles to win over the OL support, he is bound to discuss the good old times at Lille when he heads to the far north for Sunday’s game.

In a French footballing landscape that resembled something of an interregnum, in the years between the end of Lyon’s seven-year monopoly of the Ligue 1 title and the Qatari takeover of Paris Saint-Germain, Lille were one of six different champions in six years. That 2010-11 vintage was also quite possibly the best of all those title-winning teams, from Lyon in 2008 to PSG in 2013.

How Lille did it

The northerners were building on a promising previous decade in which they had enjoyed three podium finishes and also come fourth in the 2009-10 campaign. Claude Puel deserves great credit for the work he did between arriving in 2002 and leaving for Lyon in 2008, but Garcia was the one who took them on to the next level.

LOSC actually began the season with four straight draws, including a 0-0 stalemate at home to PSG. It was not until Week 5 that they won a game, trouncing local rivals RC Lens 4-1 away with Gervinho and Pierre-Alain Frau both scoring twice. After suffering back-to-back 3-1 defeats in October, away to Lyon and at home to Olympique de Marseille, Les Dogues sat eighth in the table.

However, despite also juggling a Europa League campaign, Lille really began to kick on after that. They would lose only two more league games all season, first of all going on a run of 13 matches without defeat which featured a 5-2 win at SM Caen and a 6-3 hammering of FC Lorient (Moussa Sow scored a hat-trick in both matches).

Garcia’s side were top at the winter break, a point clear of PSG, Stade Rennais FC and Lyon and with a game in hand. They lost just two games in the second half of the campaign, 1-0 defeats at Montpellier in February and at Monaco in April. From early December on there was only one weekend in which they were not top, as Marseille briefly overtook them in late April only to be immediately pegged back.

In a remarkable eight days in May Lille first of all won the Coupe de France final as a late Ludovic Obraniak free-kick sailed over goalkeeper Grégory Coupet to give them a 1-0 victory against holders PSG and a first major trophy in 56 years. Four days later, on the Wednesday, a Gervinho goal gave them a 1-0 win over FC Sochaux-Montbéliard, and so they needed only a point from their last two games to seal the title. They got it at the Parc des Princes on the Saturday, with Obraniak and Sow scoring in a 2-2 draw. Lille were champions for the first time since 1954 and had secured a first league and cup double in 65 years.

They finished with 76 points, eight points clear of outgoing champions Marseille and suffered just four defeats all season, the fewest for a champion since Lyon in 2005 and until PSG in 2014.

Sow finished as the division’s top scorer with 25 goals, three more than Kévin Gameiro at Lorient. His tally was the best by anyone in Ligue 1 since Djibril Cissé netted 26 for AJ Auxerre in 2004 but was eclipsed by Zlatan Ibrahimovic’s 30 for PSG in 2013 and has been regularly bettered since then too.

Sow, Hazard, Gervinho (who got 15 league goals) and Rami were all named in the team of the season at the end-of-season UNFP players’ union awards. Garcia won the coach of the year prize.

Where are they now

- The goalkeeper left Lille in 2012 and finished his career at SC Bastia. He went on to coach FC Lorient in Ligue 2 and is now a pundit on Canal +.

- The right-back is now 35 and still playing with AS Saint-Etienne (pictured below). A local lad, Debuchy spent a decade at LOSC before leaving in 2013 for Newcastle United. A star at St James’ Park, a move to Arsenal did not work out as hoped and he returned to France, first of all on loan at Bordeaux in 2016, and then permanently with Les Verts in 2018.

- The versatile defender was the first-choice left-back in the run to the title. He quit in 2017 aged 34 but stayed at LOSC to become assistant director of football.

- Left for Valencia at the end of the double-winning season and had six successful years abroad, also starring for AC Milan and Sevilla, before returning to France to play under Garcia at Marseille. An unused member of France’s World Cup-winning squad in 2018, the now-34-year-old centre-back recently signed for Boavista, the Portuguese club owned by Lille president Gérard Lopez.

- Now 35, the Cameroon international centre-back was sold to Galatasaray in 2013 and has been in Turkey ever since, with the exception of a stint last season back in northern France at Amiens SC.

- The midfielder and captain was a Lille stalwart for almost a decade, up to 2017 when he left for a brief stint at Sparta Prague. Went to the 2014 World Cup with France. Worked as a pundit before joining the coaching staff with Bordeaux’s reserve team earlier this month.

- The midfield terrier (pictued below) left for Dijon in 2016 and went on to play more than 500 top-flight matches in total before retiring at the end of last season at the age of 40. Recently spotted by Ligue1.com running along the Seine quayside in Paris, Balmont can also be regularly seen on television as a pundit with channel Téléfoot.

- Another of those who departed in the wake of the 2011 double triumph, the classy midfielder spent the majority of the next seven years in the English Premier League, first with Newcastle and then at Crystal Palace. In between there was a fleeting spell at PSG which did not quite work out. Played briefly in Dubai before returning to Ligue 1 with Saint-Etienne last year. Capped 48 times by France, Cabaye is now 34 and a free agent.

- The enigmatic Ivorian winger signed for Arsenal in 2011 but flopped in north London and only rediscovered his best form after hooking up again with Garcia at Roma in 2013. Left the Stadio Olimpico for Hebei China Fortune in 2016, but then returned to Italy with Parma in 2018. Still going strong at 33.

- The star for Lille in 2011 was again named Ligue 1’s player of the year in 2012 before being sold to Chelsea for €40 million. Went on to become arguably the best player in the Premier League in seven seasons in west London. After notably winning two Premier League titles and two Europa Leagues, he was sold to Real Madrid in 2019 for a reported €100 million. However the 29-year-old’s time in Spain has so far been marred by injuries.

- Now 34, the French-born Senegal international was sold to Fenerbahçe in 2012 and has spent the years since either in Turkey or in the United Arab Emirates. Currently playing in the Turkish second tier for Istanbul outfit Ümraniyespor. 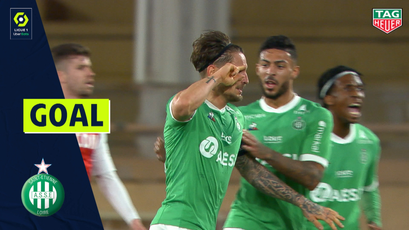 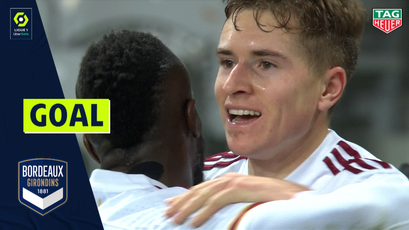