Frédéric Antonetti: Back in the game

The recent return of Frédéric Antonetti to FC Metz means one of the most charismatic coaches in the French game, with close to 30 years’ experience, is back prowling the touchlines of Ligue 1.

It would be easy to categorise Antonetti as belonging to a group of unfashionable French coaches who often step off the managerial merry-go-round. If the Premier League has the likes of David Moyes and Sam Allardyce, Ligue 1 has had Antoine Kombouaré, Alain Casanova, even Rolland Courbis. And Antonetti.

The portly 59-year-old Corsican is instantly recognisable with his bald head and has almost become part of the furniture in the French game since he first took charge of a top-flight match with Bastia in 1994. But while a new generation of homegrown and foreign coaches takes hold, Antonetti’s return is warmly welcomed.

He was reappointed by Metz in October, moving from a role as general manager back to the dugout in place of his old assistant Vincent Hognon. He had departed midway through the 2018-19 campaign, not long after taking over at the Stade Saint-Symphorien with the club in Ligue 2. Antonetti needed to take time away to care for his ill wife, and Hognon stepped into the breach to lead Les Grenats to promotion.

In the summer of 2019 Antonetti became general manager and remained in contact from afar, but his wife Véronique tragically passed away in July of this year. Metz president Bernard Serin waited until he felt the time was right before persuading Antonetti to come back as coach, having initially set out a plan for him to spend two days a week at the club in his upstairs role.

“I never went away! I am coming back physically, but I never left my position as coach,” Antonetti insisted after being re-appointed. Having experienced such tragedy in his private life, Antonetti appears ready to immerse himself in management again and his start back at Metz has been remarkable. Les Grenats are unbeaten in his first four games, drawing with Angers SCO and Dijon FCO in between wins against AS Saint-Etienne and Nîmes Olympique. It has been a remarkably smooth transition between coaches with Metz unbeaten in seven games all told.

That is despite top scorer Ibrahima Niane succumbing to a serious knee injury just days after Antonetti’s appointment. But such a situation suits a coach who is nothing if not a fighter, even if he once insisted in an interview with Le Journal du Dimanche that “deep down I’m really shy”.

Hailing from near Bastia in northern Corsica, he went into coaching at the SC Bastia academy after bringing a modest playing career to an end. He was in that role at the time of the Furiani stadium disaster, when a temporary stand collapsed during the Coupe de France semi-final between the Corsican side and Olympique de Marseille in May 1992, killing 18 people and injuring thousands.

Antonetti later recalled that he was in the stand that gave way along with his father and his wife, “five rows in front of the bit that collapsed, five metres in front of the people who fell…we felt something, we turned around and then…and then you could hear the screams.” In an interview with Ouest France 20 years on, he revealed he had “friends who were seriously injured, some of them paralysed.” Antonetti went on to play a central role in the post-disaster revival of his local club, as he was named first-team coach in 1994 aged just 33. He kept a newly-promoted side in the top flight in his first season, leading them to the final of the first ever Coupe de la Ligue, in which they lost to PSG. The high point came in 1997 when Bastia finished seventh and won the Intertoto Cup.

Antonetti left in 1998 to go and coach in Japan with Gamba Osaka, but he returned to Bastia after just one season. They retained a presence in the top half of the top flight, but Antonetti departed for good in 2001, not long after getting a three-month ban for pushing and threatening a match official.

He has often been linked with a return to Bastia in the years since, even at one point suggesting he might take over the club himself. But his career has taken him all around the French mainland in the near two decades since he moved on, and on his travels he has experienced some memorable successes and several near misses.

Antonetti joined Saint-Etienne in late 2001, finding the famous old club languishing in the second tier. He eventually turned their fortunes around, leading them to the Ligue 2 title in 2004 with Hognon among the players. His next stop was OGC Nice, whom he established in the top half of Ligue 1 and took to a Coupe de la Ligue final in 2006, in which they lost to AS Nancy.

In four years at Stade Rennais FC, between 2009 and 2013, he twice took the Bretons into the top six but suffered more cup final heartache, losing the Coupe de la Ligue showpiece to Saint-Etienne. And after almost two and a half years out of the game he returned with Lille in November 2015, taking over a struggling team from Hervé Renard. He led LOSC to fifth place and another Coupe de la Ligue final defeat, against PSG, before being sacked - for the first time in his career - in November 2016.

There were spells out of the front line before and after Lille, time in which he notably worked as a pundit for Canal+. But Antonetti, who says he turned down the Marseille job in 2012 following Didier Deschamps’ departure, knocked back plenty of other opportunities in his spells out of the game, including from clubs abroad and from national teams in Africa, among them the Ivory Coast.

When Metz came calling, he made clear it was the place for him despite the club sitting in Ligue 2 at the time.

“Metz are a historic club who want to get back to where they were in the 1980s and 1990s. It’s a working-class club of the people, the kind of club that suits me,” he told Ouest France.

It is just the kind of talk Metz supporters will enjoy being reminded of as they look to Antonetti to bring back those glory days, when Les Grenats twice won the Coupe de France, in 1984 and 1988, beat Barcelona in the Cup Winners’ Cup, and nearly won the league with Robert Pirès in their ranks in 1998. Antonetti in his own words:

“It annoys me when I’m pigeonholed as a leader of men, a professional loudmouth. Those who know me know I’m not like that. I am not only a leader of men.” - To France Football magazine in 2016.

“Us Corsicans have a reputation which is unjustified. We can’t spend our lived justifying ourselves. I have taken a step back. Before I used to be really oversensitive.” - Also to France Football

“As a coach you spend a lot of time looking after others but not yourself. I had been pushing my luck. For the first six months, psychologically I wasn’t in a good place. I got up to 110 kilos. I had tests done which suggested I wasn’t far from a disaster. The penny really dropped after that and I started to take care of myself.” On being out of the game before joining Lille in 2015, to Le Journal du Dimanche 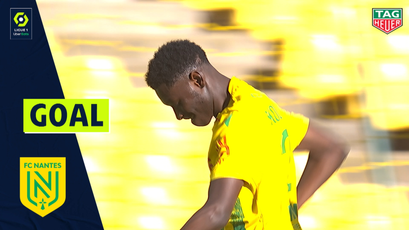 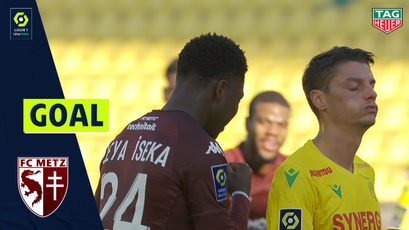