The Ligue 1 Show's Matt Spiro sat down for a chat with red-hot Rennes striker Martin Terrier, who has really come into his own in the current campaign, smashing personal bests and duking it out atop the scorers chart with a certain Kylian Mbappé... Interview.

Martin Terrier's is the name on everyone's lips in France this season. Young, sharp and full of running, the former Strasbourg and Lyon forward has exploded onto the scene with Bruno Genesio's side, scoring oodles of goals and powering Rennes to the upper limits of the Ligue 1 Uber Eats standings.

"I feel good," Terrier told Talking Talent's Matt Spiro. "We're having a great season! We all fight for each other and we're collectively strong. On a personal level, I've really taken a step forward this season."

Martin Terrier has come of age this season at Rennes. The fast, technical attacker started his career with Lille before a loan spell at Strasbourg, where his direct running caught the eye… Prolific with France's U21s, Terrier's progression continued at Lyon, where he scored nine goals in his first year under the coach Bruno Genesio. But only in the last 12 months has Terrier truly begun fulfilling his immense potential after reacquainting himself with Genesio at Rennes.

"The coach had already signed me for Lyon, so the trust was there. When he arrived, he invigorated a lot of players, not just me. He really trusts me and affords me a lot of freedom on the pitch. And I needed that," explained Terrier. "We play in a 4-3-3 and I'm on the left side of the attack, but during the games I can move around and play as a false nine or as a ten, or I can drop deep to get the ball,"he continued. "I like that and it's something the coach asks me to do."

But there is a deeper affinity here between player and coach, who seem to have the same fundamental ideas about football.

"That's the coach's philosophy: to move the ball about as much as possible, to make runs off the ball and find the passing combinations that allow us to create a lot of chances."

Rennes took some time to hit their stride this season. After opening the season with back-to-back draws, they got up and running with victory in the derby, against Nantes.

"We know these are special games for the fans and for people in the region," offered Terrier, "so we do our best to make them proud."

"It all went crazy after my goal. I'd already scored against Nantes the previous year, but there were no fans in the stadium… So I hadn't experienced the joy of scoring in the derby in front of our fans."

Thriving in a Rennes team that attacks in relentless waves, Terrier hasn't stopped scoring since. After strikes against Clermont, Metz, Troyes and Montpellier, he hit new heights on a cold afternoon in the southeast France on 5 December...

"Yes, the game at Saint-Etienne. I remember I was unwell," recalled Terrier. "Yes, it's true. I had a really bad night so I went to see the doctor who gave me some medicine to help me get ready for the game. And I think you know what happened next…"

Terrier's elegance on the ball, his talent for gliding past opponents and his ability to curl shots inside the far post have drawn comparisons with the legendary Thierry Henry.

"That's very flattering - Thierry Henry is one of France's best-ever strikers," smiled Terrier. "I'm a long way from that, but I do take inspiration from the best. I think the ability I have to open up my body comes naturally to me. But that way of curling the ball is something a youth team coach at Lille taught me. Ever since then, I've work a lot on that move and it's paying dividends."

Terrier is now the top-scorer for Champions League-chasing Rennes. He is quick and skilful, but what truly sets the Rennes attacker apart is his intelligence. The forward's clever movement enables him to find space and remain one step ahead of the defenders.

"First of all, in the opening minutes, I like to observe my opposite number. I don't try to get on the ball, or show my hand straight away. I look at how he's positioned when the ball's on the other side, for example, and I adapt my movement depending on what I see," explained the in-form striker. "I'm someone who thinks a lot. I analyse the matches on television a lot, so when I'm out on the pitch there's a lot going on in my head."

Last term, Terrier scored nine goals and registered seven assists, but this time around he's the one finishing the moves off, with 19 goals in the season's first 33 rounds.

"Yes, perhaps I'm getting into more shooting positions this season, compared to last year," he mused. "There have been opportunities for me to get more assists. But if I had to choose, I do have a preference for scoring goals!"

Rennes' dynamic pass-and-move style is ideally suited to Terrier, who is thriving on the service he gets from a variety of teammates, including the captain and marauding right-back Hamari Traore.

"I know when Hamari has the ball out wide, he always looks up before making his decision, and he knows that I love cutbacks," said Terrier. "We work on these combinations a lot in training, so when the situation arises, it's more of less instinctive. It's easy, in fact. He has a natural way of playing. He settled in really quickly at Rennes. You can see he's technically excellent, so it's a pleasure for us forwards to play with him."

Concerning striker partner Gaëtan Laborde, there is nothing but praise from Terrier.

"He's a complete player. His no1 quality is his passing, free kicks. He defends, he can play left, right or in the middle of the park. He runs a lot, he has a great engine, he's intelligent, and he's gifted - that's a lot of qualities. It's rare to have a player like that," said Terrier. "I knew him from when he was at Montpellier and played alongside Andy Delort. When I heard he was joining I sent him a welcome message on Instagram. And in the dressing room, there was a spare place to my right because a player had left the club. So I asked him if he wanted to sit next to me, I wanted to welcome him and also to create an understanding between us."

"The ball went to Adrien Truffert. I was still in the centre of the pitch, and he played a firm pass between the two of us. Gaëtan was behind - I knew that and I registered the information, and my first touch made the difference, taking me towards goal, and then it was just the natural instinct of a footballer. I think my first touch, and my awareness, were key with that goal."

As the season enters its home straight, Rennes will be aiming to cap a memorable campaign by qualifying for next season's Champions League. Terrier's talent would certainly not look out of place in Europe's elite club competition, but the 25-year-old is taking nothing for granted.

'It's a difficult league. Everyone can beat everyone. The club's main objective is to qualify for Europe," Terrier said. "I don't want to talk about the Champions League for the moment - even though our recent results and our good form suggest we could have a nice surprise at the end of the season if we keep going."

Terrier's next chance to shine comes Saint-Etienne come calling at Roazhon Park on Saturday night. Les Verts have been warned... 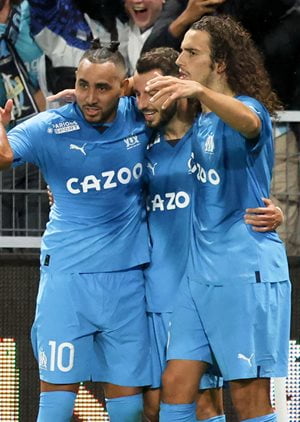 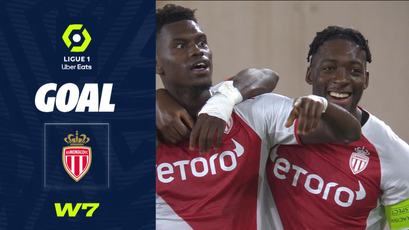 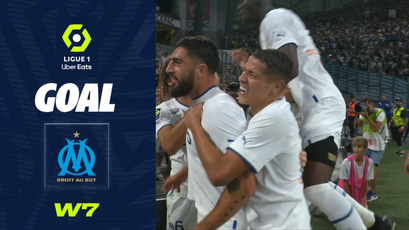 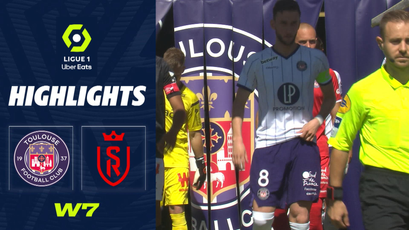 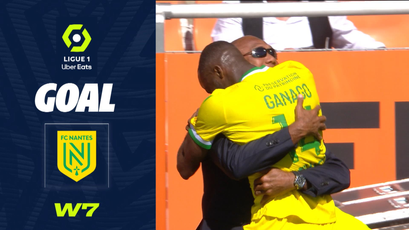