Moving to France is not something that has come naturally to English footballers of late, but as a second successful season in Ligue 1 nears its close, Stephy Mavididi is proving to be something of a trailblazer.

After a loan spell at Dijon FCO from Juventus last season, Mavididi joined Montpellier Hérault SC on a permanent deal last summer, and the former Arsenal academy player has had no trouble making new friends.

“Ambroise Oyongo, funny guy, he’s a legend, I think we should put a statue here of Ambroise because he’s such a legend. Need a statue right here,” Mavididi told The Ligue 1 Show on beIN Sports when asked about his teammates at the Stade de la Mosson.

“I got Keagan Dolly, South African guy, kills me every time with his South African accent, it’s so funny. Junior Sambia is a cool guy. That’s the gang gang innit!”

Feeling at home with the 2012 champions, Mavididi is reaping the benefits of crossing the Channel in search of new experiences. Last weekend, he became the first Englishman in more than three decades to reach 50 appearances in France’s top flight.

“I didn’t really expect to reach a milestone like that so quick. So yes, I guess it’s an achievement. There’s not really that many English players that come to France so it makes me proud, makes me and my family proud,” said the 22-year-old.

“It’s a challenging level. It’s a bit like basketball. It’s from one end to another and it’s quite quick. Obviously for a player like me, it’s quite entertaining for me. I quite enjoy it because you get a lot of space to run with the ball and you’re one v one quite a lot so it benefits me in a way. 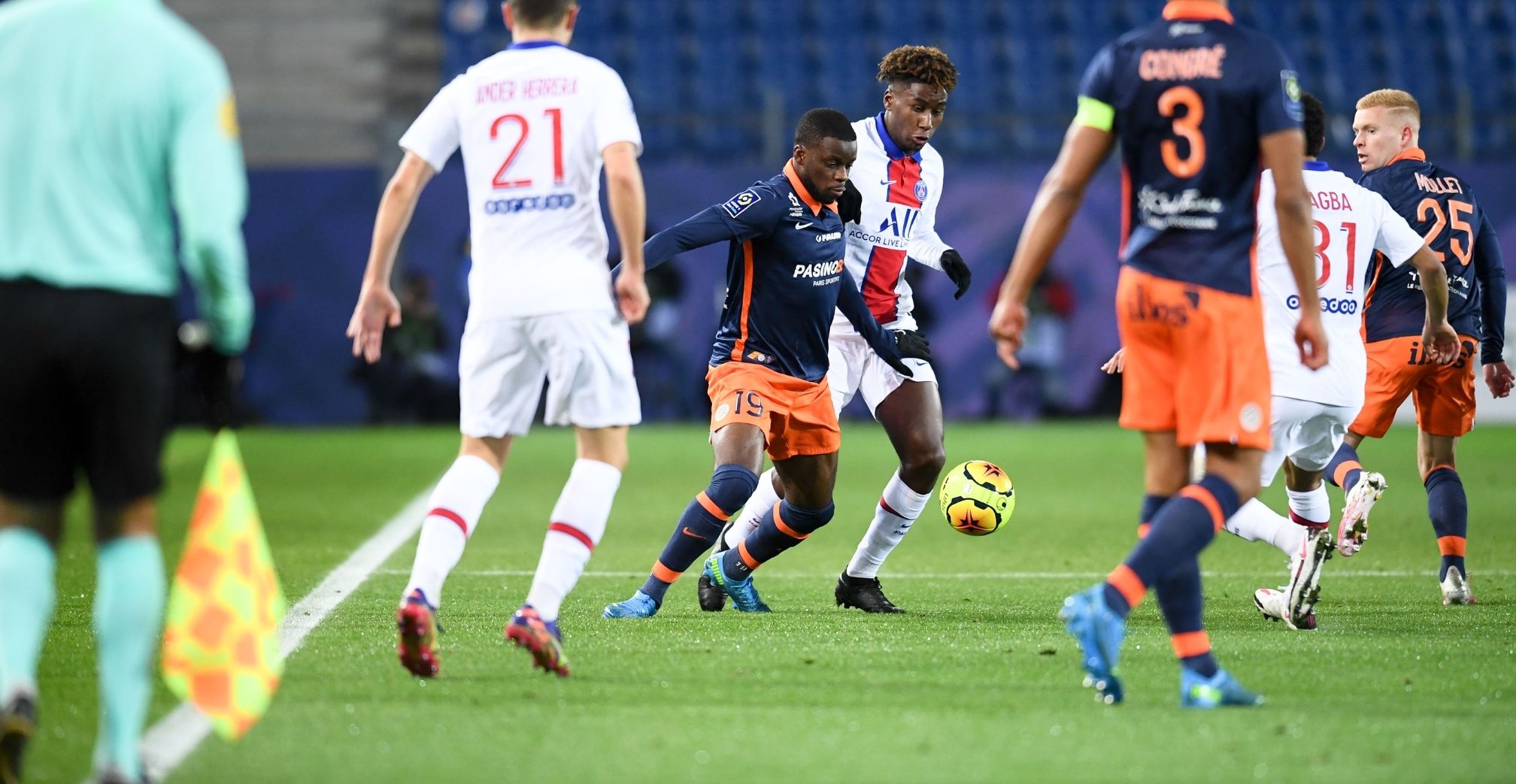 “I think it’s underrated, for example last year, in the Champions League, we had Lyon and Paris in the latter stages of the competition. It shows that it’s no farmer’s league you know! It’s a competitive and a challenging league!”

A deadly eye for goal has helped Mavididi make a name for himself at Montpellier and his seven goals this season have come from just 13 shots on target.

“I think it means I’m really efficient, not that I’m not shooting enough,” he said. “No, but I have confidence in my finishing ability, so I’m not saying every time I shoot it goes in but when I get into the positions, they tend to go in so yes.”

Leaving Burgundy for the Mediterranean coast last July, Mavididi knew he would have to fight for a starting spot in a team fronted by one of the best strike partnerships around in Andy Delort and Gaëtan Laborde.

“I watched how they set up and how they play and what their tactics are like and obviously it was evident that they played with two good forwards, and I thought I could come and change, bring another dynamic to the team, and that’s what I’ve done and I’m just happy that everyone can see that,” said the former England youth international, who tends to play on the left of a front three for Michel Der Zakarian’s side.

“I’ve always played as a main striker, like number nine, so I’m still learning my trade out on the left and I like the left as well. It’s different but it’s fun at the same time. You get more chances to run at players, something that I like doing as well. Obviously you get the chances to score your goals, I guess it’s just a bonus for me.”

Mavididi offers pace to go with the aerial threat of Laborde and the power of Algeria striker Delort, and it didn’t take long for the Englishman to notice Delort’s physical qualities.

“The first week I was here, one of the players said he’s the strongest in the team. I was like yes look at his calves, they’re so big! I don’t know how he manages to put his socks over his calves on match days. I don’t know if he gets extra, extra large. I see him stretching his socks before the game so yes he has very big calves, and he’s a very strong player.”

While on the subject of socks, Mavididi has a habit of pulling his own over his knees, imitating a former Arsenal youth team coach of his, a certain Thierry Henry.

“He’s been my idol, still is my idol, yes the socks, the boots, everything really,” says Mavididi.

A natural goal-scorer blessed with trickery and high socks, Mavididi is doing a fine job of replicating his idol’s game. His second goal in the recent 2-1 win against Stade Rennais FC, against former Dijon teammate Nayef Aguerd, was proof of both his subtle skill and his predatory instinct.

“I thought if I can dink the ball over this defender I’m clean on goal. So yes, it was just instinct, improvisation, and yes I slotted the ball. He wasn’t laughing but he’s a good guy, we had a good chat before the game and after the game so yes. We won 2-1 and I scored two goals and I had more chances, so it probably was my best performance to date. It was a good day for me and my family. I very much enjoyed that day.”