If Rennes played some good football in October, they’ve been eye-catchingly good in November. The return to fitness of Croatian midfielder Lovro Majer has injected serious quality.

Bruno Genesio’s charges are one of the most fluid and entertaining sides in Europe. With six wins and two draws from their last eight league matches, Rennes are now targeting Champions League football and Majer is at the heart of their efforts.

Genesio told The Ligue 1 Show on beINSPORTS: “He brings his technical quality, his intelligence and passing ability, his engine as well. He has a lot of qualities.”

The 12 million euro recruit from Dinamo Zagreb, Majer made his first Ligue 1 start in the 4-1 win over Lyon in Round 13, and to say that his impact was positive would be an understatement as he was involved in two of the goals.

He commented: “I don’t know what to say, it’s perfect, this is why I play football, this is why we play football, so this is like the moment we all train for, every day, since we were kids. So I was really enjoying the whole game, and I’m so happy, I’m really, really happy.”

The 23-year-old Luka Modric lookalike took his form back home with him, scoring two goals for Croatia in their World Cup qualifying game against Malta. The elegant left-footer then shone again in Rennes’ 2-0 victory over Montpellier last weekend, having a hand in the opener and scoring the second himself.

Genesio said: “The guys who play alongside him enjoy it because he plays the right pass. He plays it first time when the pass is on, he can hold the ball too. He’s turned in two excellent performances now. He’s very important for me because he allows me to switch the players and the formation… I’m very happy for him. It’s never easy for a young player arriving from another country. He’s been very professional and he’s getting the reward.”

Majer added: “I like to play for the team, like to enjoy the football, give assists, score goals, shoot and make good passes.”

With Majer pulling the strings, Rennes look capable of finishing in the top to and sealing automatic qualification to Europe’s elite club competition. Genesio said: “It’s true that we’re turning in some very strong performances. What really matters to me is having a happy squad, a group that’s improving and gaining in maturity, because I think that’s what has allowed us to go on this great run”

>> One to watch: Lovro Majer 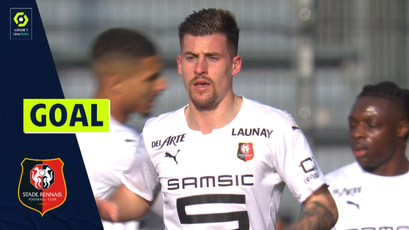 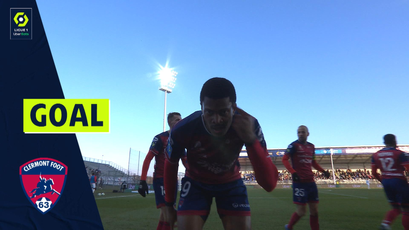