'Paqueta will be a world star' - Boateng

'Paqueta will be a world star' - Boateng

With nine Bundesliga titles, two UEFA Champions League crowns and one FIFA World Cup, Jérôme Boateng is one of the most decorated players of the modern era, and knows a thing or two about emerging talent.

At 33, and after a glorious decade with Bayern Munich, the centre-back opted for a change of scenery in the summer, and is now bringing his determination, experience and winning mentality to the Groupama Stadium.

"For me I'm happy to be in a new league after a long time in the German league," the Lyon defender told the Ligue 1 Show on beIN SPORTS. "I think the league is interesting, it's really I would say more physical than the Bundesliga, and there are strong players, strong teams.

"It was a big decision for me, a big decision for my family, and I need to have a good feeling with the club, I spoke to the coaches, to people from the club. They gave me the best feeling, and really being here makes me comfortable and makes me happy. It was really important to go out of Germany. I had also the possibility to go to another club in Germany, maybe even play Champions League. But it was not a main goal for me. Was more for me something new, a new country, a new language, a new organisation, That's why I chose Lyon and I see a lot of potential here."

Boateng was influenced by the presence of Peter Bosz, a coach he already knew well.

This season, the former Bayer Leverkusen and Borussia Dortmund tactician is leaning heavily on the veteran stopper as he tries to build a dynamic side founded on young talent.

"He was very important, I knew him from Leverkusen," Boateng explained. "I only heard good things about him, and then when I talked on the phone with him and we had conversations, I liked the idea how he plays and how he sees football. So that fits how I play the game in Bayern.

"We want to press high and play offensive football. We like to have the ball of course - if we lose it, to get it back quick. That's his philosophy, and I think the team is progressing, learning. That's new for them. A lot of young players, great players with great potential.

"Well, with of course my experience I saw a lot of things through the years at Bayern, or even before. I made also a lot of mistakes when I was younger, on the pitch, off the pitch, and I just try to give me, yeah, what I learned through the years: training, discipline, winning mentality, and working on the little details because at the end this gives you maybe the one percent to at the end to win the game or to win a title or not."

Is @OL_English attacker @rayan_cherki the next big thing in Ligue 1 Conforama? 🦁

Lyon continue to rely heavily on their youth academy - current midfielders Houssem Aouar and Maxence Caqueret have both emerged as key figures after coming up through the ranks. Boateng, meanwhile, has been impressed with an even younger player: the skilful 18-year-old playmaker Rayan Cherki.

"Rayan I think is a very good young player, because he has a very good technique," he said. "He is fast with his feet. It is difficult to defend against him, he uses both legs, great technique, so, but for him I would always say I want to see more. You need more assists, scoring more goals, your game has to be more effective. We have to work hard, them as players to train the weak points and get stronger because like if you want to play for a big club and be successful you have to continue hard working and then you get better."

Boateng is also helping the club's teenaged defender Malo Gusto, The gifted right-back has caught the eye this season, most notably in the game against Paris Sain- Germain, when Gusto went toe to toe with Neymar Jr., Kylian Mbappé and Lionel Messi.

"I talk a lot with him," continued Boateng. "I think he is a very interesting player, very young, but he's doing good. He's listening, he's trying to do better and better. I think he had some very good moments and also of course moments where you see he is young and learning, but that's normal. 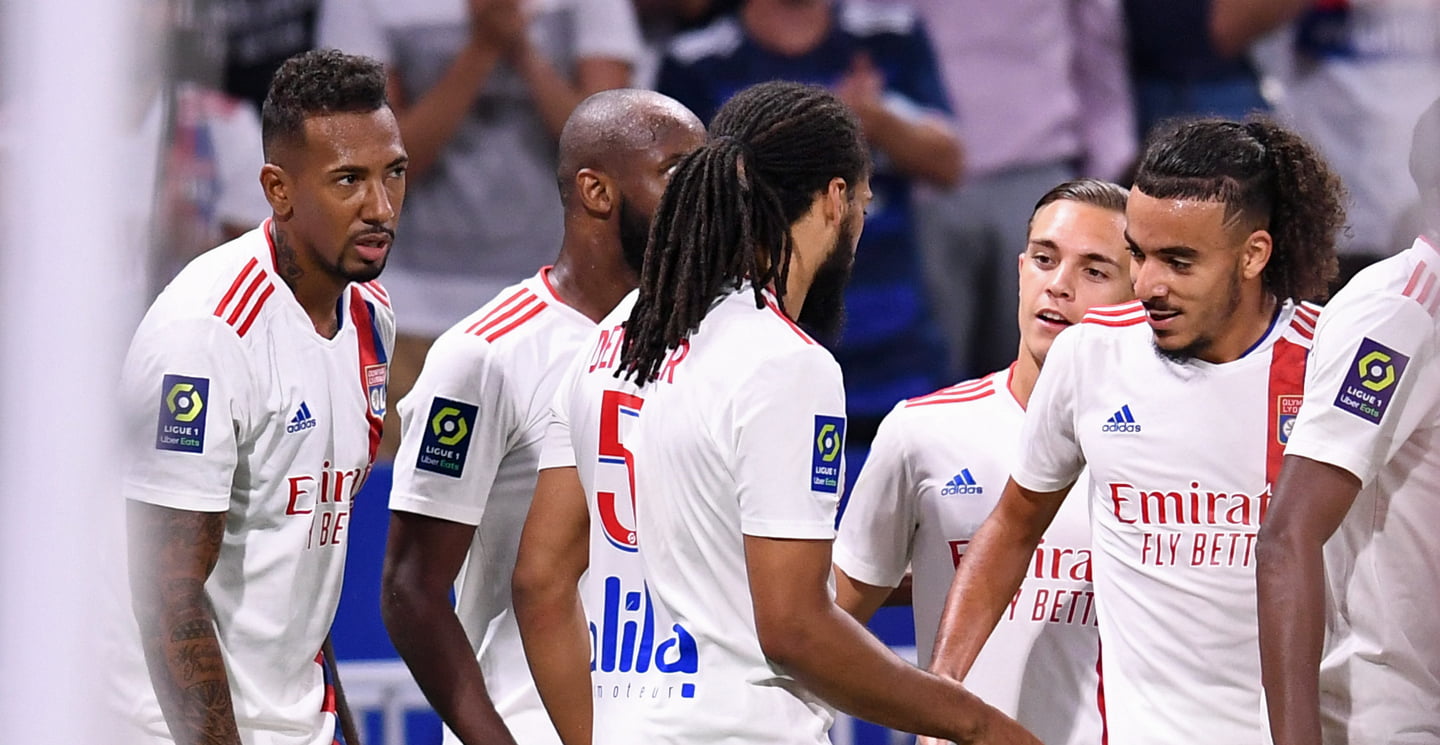 "I was I think in the same position as him when I was young, at Hamburg. My first game was against Bayern, I played the first half I played against Arjen Robben, the second half against Franck Ribery, and when you have a good game, like I had also at 18 years old, it's important to stay on the ground. Not like think that everything goes all alone, I'm the best, whatever. You have to keep working hard, listening, learning to get better, because it's more easy to play against Paris good, but the real thing is to play against other teams also in a good condition."

For all of Gusto's efforts, Lyon ended up losing 2-1 in Paris, a disappointing outcome for Boateng in what was his first Ligue 1 Uber Eats start.

"I think we didn't deserve to lose the game," Boateng said. "But little details at the end gave the result. But at the moment we have not to talk about Paris Saint-Germain, because they are there, and we are trying to get there, so. We have to look at our team and not Paris.

"For us it would be important to start again a series of winning games. And then for me 100 percent the goal is to reach the top three. For this potential of team that has to be the goal. Of course the season is long. We have to have the players together, not too many injuries, and then we will see what can happen."

Lyon certainly have the required quality in attack, where the likes of Moussa Dembélé, Karl Toko Ekambi and Lucas Paqueta have been joined by Boateng's former Bayern Munich team-mate Xherdan Shaqiri.

🤝 @XS_11official and @JeromeBoateng will hope to get @OL_English winning a second successive league game, as they face @RCSA at the Groupama stadium 🏟️

"I think he has great potential," Boateng said of Shaqiri. "We see his skills, he is quick, he has a very good left foot, and he can make a very big impact on our game. I think he is also here of course to get more minutes, to play, and show that he is a player that wants to start, with assists and goals."

So far, though, Shaqiri is being outshone by his Brazilian teammate Paqueta.

"Since I'm here I'm really impressed," enthused Boateng. "Like he brings so much to our team. He's running a lot, his skills of course, his technique, his creating chances, his passing, his fighting for the ball, he helps us a lot. And I think he has a big potential to be really a world star in football."

Boateng may be entering the twilight of his career, he's clearly relishing the challenge of leading Lyon into a brave new dawn, and crucially the former Hamburg, Manchester City and Bayern defender still feels capable of performing to the very highest of standards. 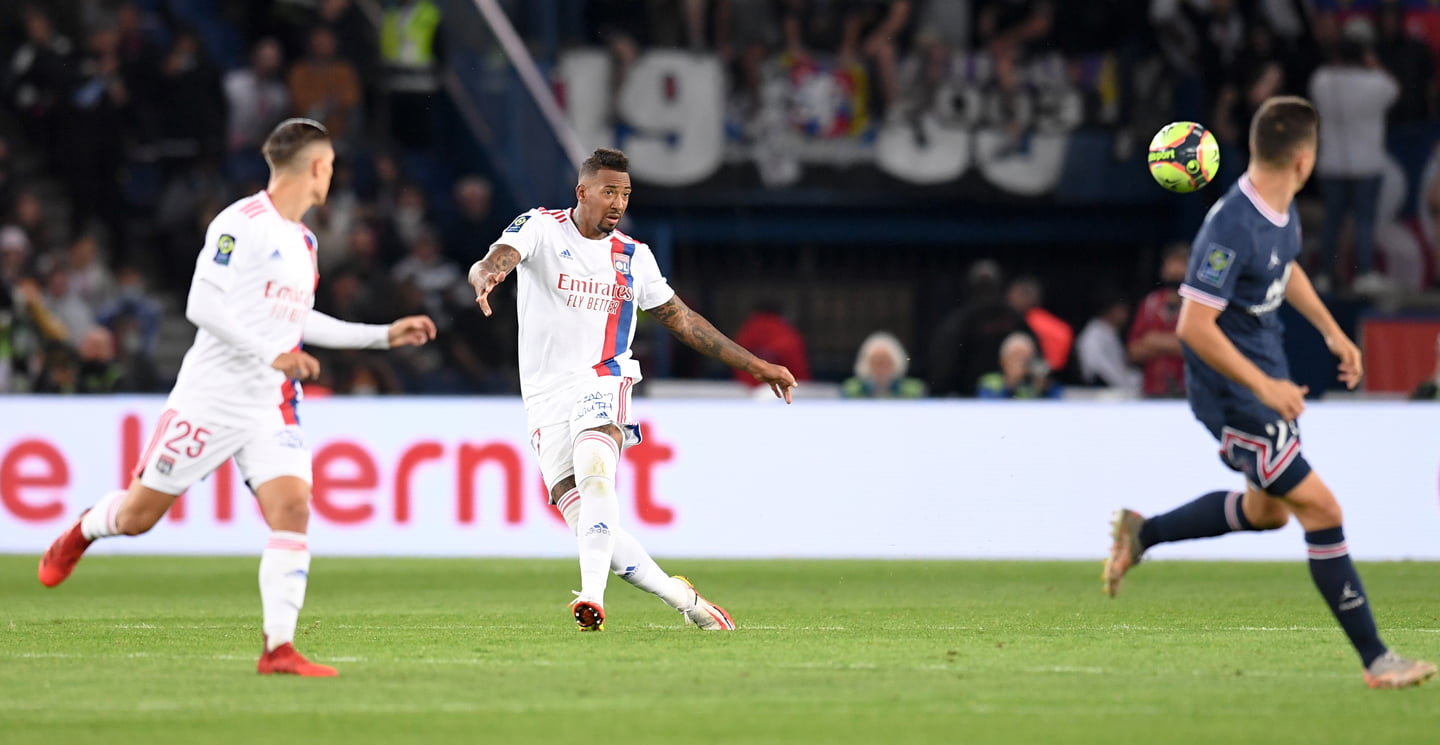 "Well I'm basically 100 percent not as fast anymore as when I was younger," he admitted. "So I have to look a little bit more with my eyes, in a tactical way. But I'm also way more calm on the pitch. Like I'm not nervous like when I was 18 I was nervous in front of every game. Now of course I know everything. But I think a big part is to be more calm, to have my rhythm, I know my movements and stuff.

"I have always enjoyed to have the ball at the feet, and passing, yeah, so, but I trained always. Like, try to play with both feet. Be comfortable even when they press you aggressive, take the ball, try to play and not just kick the ball long.

"I will play as long as I can, and I can enjoy it, and have fun, and I feel comfortable on the pitch. I'm not a player who's done yet."