Aurélien Tchouaméni's match-winning display in Lille last Friday handed the principality side their eighth consecutive win - and kept their hopes of a second-place finish very much alive! Take a look at a side on the up-and-up…

Monaco's Aurélien Tchouaméni-powered 2-0 win over last season's champions LOSC propelled the principality club further up the Ligue 1 Uber Eats standings - to the point of being mathematically in with a chance of pipping Marseille to second place.

"Now that we can finish second of course it becomes an objective but as I've already said we're not thinking about that," Monaco defender Benoît Badiashile told the Ligue 1 Show on beIN SPORTS. "We're focusing on ourselves and whatever happens, happens."

Ligue 1's best performing club in 2022 have climbed from ninth to second since the turn of the year, a period that coincides with Clément's arrival at the helm. Impressive stuff, but the Belgian is not satisfied yet…

"We have to keep this frame of mind, this determination going into the final two games, that clearly, will be decisive. We're delighted with our run," said the Belgian tactician. "But it's my character to look at what is next, not what has gone by."

No team in Europe can currently match the eight-time Champions' winning run, the purplest of patches seen in the principality since they last won the league in 2017. As was the case in the 3-2 win over Rennes in mid-April, Clément's men appeared undeterred by conceding a potentially damaging goal - a sign of the confidence that is currently in the team.

"A few months back when we conceded an equaliser, the players would be discouraged and lose focus," explained Clément. "Now, we stay concentrated and we play to win, not just to hang onto the draw."

At the heart of the midfield, Friday's hero Aurélien Tchouaméni is quickly becoming a world class midfielder. The 22-year-old French international is catching the eye of the biggest clubs, and given what Clement thinks of him, there is no reason the Bordeaux academy graduate can't become one of the very best!

"He's a dream of a player for a coach to work with because he is so hungry to improve every day," beamed Clément. "His desire to better himself makes him exceptional. No doubt about it, he has a great future in front of him!"

But before thinking about his future and any potential moves, Tchouaméni and his team-mates are focused on maintaining their incredible form another two games - starting with Brest on Saturday night.

>> One to watch: Jean-Ricner Bellegarde 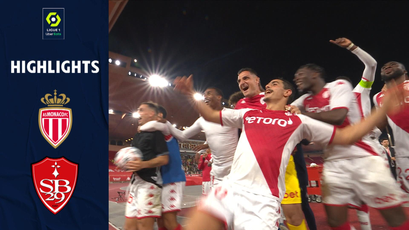 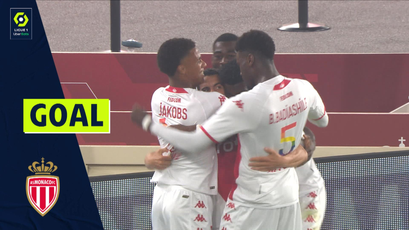