One To Watch: Jean-Ricner Bellegarde

Jean-Ricner Bellegarde has taken his game to a new level this season. At 23, the all-action midfielder has emerged as a key figure in the heart of a Strasbourg team pushing hard for a place in the top five. Profile…

Now in his third year at the Alsace club, former France U21 international Jean-Ricner Bellegarde has only missed two games all season.

"He's one of the guys who's really improved this season," coach Julien Stéphan told the Ligue 1 Show on beIN SPORTS. "I think he's gained self-confidence. He's versatile; he can play as a defensive midfielder, as a no8 on the right or on the left. He has good technique, a good engine and can go past players."

Bellegarde is almost the complete modern-day midfielder - a bit like his role model Ngolo Kanté. Good with the ball at his feet, but also robust in the tackle.

"He's a strong player, both defensively and going forward," explained teammate Gerzino Nyamsi. "He isn't afraid to carry the ball forward, he has good technique, he's aggressive… He really has a lot of qualities."

Bellegarde's difficult journey to the top has also helped him to forge a strong mentality. He joined Lens at the age of 15, after the youth academy at his first club Le Mans was closed down. He turned professional at Lens, playing in Ligue 2 at the age of 18. The teenager even captained Lens – and scored for them in their promotion playoff against Dijon.

When, a few years later, he returned to the northern club with Strasbourg, it was an emotional occasion.

"It was quite weird," recalled Bellegarde. "I came back to a stadium I know very well and it stirred a lot of memories. It felt odd going into the away dressing room… And see to this stadium from a different perspective… well, it did feel strange!"

Strasbourg bought Bellegarde for €2m in 2019, a deal that has turned out to be a bargain! The Paris-born midfielder has gained in maturity and is making giant strides in Eastern France.

"He's a really important player because he covers so much ground," continued Nyamsi. "He helps us to win the ball back and also springs forward to allows the team to play higher up the pitch. It's important to have him."

There is still room for improvement – notably in front of goal. He could easily have scored more than two league goals this season. But he brings so much else to the team, his coach is reluctant to complain.

"He's good at winning possession, but he still needs to improve in the final third; he needs to be more decisive," continued Stéphan. "But he really has a lot of qualities. He's a lovely guy on a human level too… he's quiet but always motivated, committed and hard-working."

Jean-Ricner Bellegarde may be quiet in the dressing room, but he's making plenty of noise on the pitch, and some of Europe's leading clubs have taken note. Strasbourg, though, will be hoping to extend their relationship with him for a good while longer. 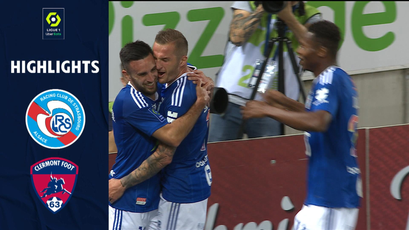 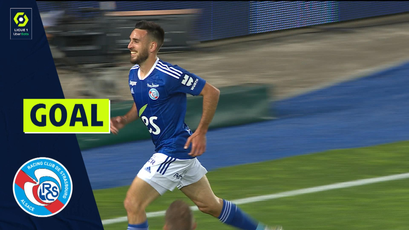