Without the suspended Reinildo and Burak Yilmaz, USMNT striker Timothy Weah led the Lille line with Jonathan David on the bench as boss Jocelyn Gourvennec gave his Canada international striker a breather ahead of Wednesday's UEFA Champions League meeting with Sevilla.

The visitors still sported a strong starting XI as they sought to extend their winning streak to four successive matches, but the hosts' Johan Gastien forced Lille 'keeper Ivo Grbic into the first save of the game to signal Clermont's intent (19').

The newly promoted side had lost just one of their previous 19 home matches. It was the previous one, however, against Monaco, but they took a step towards resuming normal service just after the half-hour mark.

At the opposite end, Arthur Desmas produced a fabulous save to keep out Xeka's volley as Lille sought a quick riposte; Dossou smashed a shot into Grbic's side-netting after skipping past Gabriel Gudmundsson to remind the champions they had a game on their hands (45+2').

Clermont captain Florent Ogier headed just wide (58') before Dossou again tormented Gudmundsson, but this time found Grbic alert at his near post (63'). David came off the bench to replace Weah with 19 minutes left, but even the man who has fired 17 league goals in 2021 could not get Lille back into the game.

Jose Fonte nearly did, but though he connected cleanly enough with Yusuf Yazici's volleyed cross, Desmas was able to smother at the second attempt (82') to earn his side a first win in eight league matches.

The Benin international — at 29 — is a latecomer to Ligue 1 Uber Eats, but has made a significant impact already. At the heart of everything dangerous about Clermont against the champions.

N'Simba is only the fourth Clermont goalscorer in the French top flight this season. 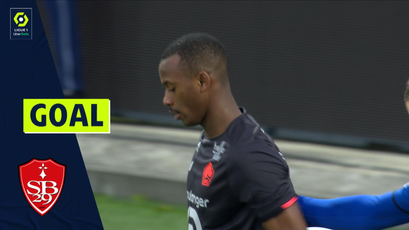