Recently promoted RC Lens moved up to a provisional second in Ligue 1 Uber Eats on Saturday after Ignatius Ganago and Gaël Kakuta fired them to a 2-1 win over Girondins de Bordeaux at the Stade Bollaert-Delelis.

Lens already looked like one of the surprise packages of the Ligue 1 Uber Eats season so far, bouncing into this clash with Bordeaux having won back-to-back games - the first of those a shock 1-0 victory over champions Paris Saint-Germain. Jean-Louis Leca had to be on his toes to keep out a Rémi Oudin volley at the back post early on (8'), but most of the first-half traffic flowed in Lens' direction. Ganago came close after Kakuta had slipped him through, grazing Leca's opposite number Benoît Costil's woodwork with a stinging effort (13'). Laurent Koscielny headed an Oudin free-kick over the crossbar at the other end (16'), but Lens will have felt the harder done by to have gone in at the break with the deadlock intact. Florian Sotoca let fly from range, forcing Costil into a fine save onto his post (22'), before Ganago tested the shot-stopper from close-range (37').

The second half was only a few minutes old when Lens got a richly deserved opener, however. Oudin - who had hitherto looked like Bordeaux's best chance of a goal - went from hero to zero with an overhit pass-back, and Ganago was on hand to stroke his third goal of the season into an empty net (47'). Bordeaux were given an uphill task when Paul Baysse earned a second yellow card for a foul on Kakuta in the box, and the Amiens SC-owned man dusted himself down to convert the resulting penalty for 2-0 (59'). Franck Haise made three changes to his side for the run-in, bringing on Simon Banza (72'), Corentin Jean (73') and Jonathan Clauss (74'), and the fresh legs allied to the numerical advantage and the scoreline made closing out the victory look easier than Samuel Kalu's late consolation (90'+5) may suggest. Nîmes Olympique, their opponents after the international break, have been warned.

Once considered one of the most promising teenagers on the planet, Kakuta has taken the tourist route to something approaching the top since signing for Chelsea at 16 in 2007. Twelve clubs in as many years later and the left-footer has rarely looked more assured than he does today. He ran the game today; was inches away from assisting Ganago twice in the first half, and Lens figure to be nowhere near the relegation places with him in their ranks.

This was the first time in three attempts in all competitions that Lens had beaten Bordeaux. The last time le Sang et Or prevailed against les Girondins was back in May 2011 - during Kakuta's first loan from Chelsea, at Fulham - when Adel Hermach scored a late winner in a 1-09 victory at the Stade Bollaert-Delelis. France and Real Madrid superstar Raphaël Varane was playing at the back for Lens that day. 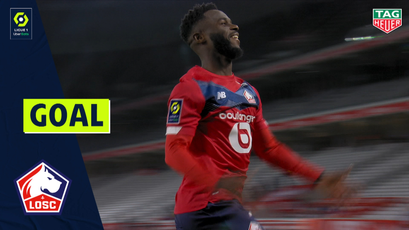 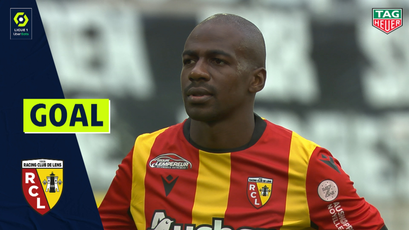