Montpellier could have climbed up to fifth with a win over Reims at the Stade de la Mosson, providing other results also went their way. But they got off to a disastrous start against their struggling visitors and never recovered. Vitorino Hilton was sent off for a foul on Dia in the box, and the Reims striker got up to convert the resulting penalty.

Reims then took full advantage of their extra man, with Dia scoring again on 12 minutes and Nathanaël Mbuku making it 3-0 on the half-hour in acrobatic fashion. Things got worse for the hosts as they were reduced to nine men just before the interval when Damien Le Tallec picked up the fifth red card for Montpellier this season.

All that was left in the second half was for Dia to complete his hat-trick, which he did from the penalty spot on 55 minutes after Mbuku had been fouled in the area. Dia, 23, becomes the first Reims player to score a hat-trick in the top flight in 42 years, since Santiago Santamaria in April 1978. He has six for the season and Reims, finally, have their first win. There was a similarly stunning scoreline in Brittany as RC Strasbourg Alsace claimed just their second victory of the campaign, beating Stade Brestois 29 3-0 at the Stade Francis-Le Blé.

Habib Diallo opened the scoring for Strasbourg with a diving header for his second goal in as many games since arriving from FC Metz. And the visitors increased their lead in remarkable fashion six minutes before the break: Brest thought they had won a penalty for a foul on Romain Faivre by Anthony Caci, but the referee then went to the VAR to check for a possible spot-kick at the other end moments earlier and Julien Faussurier was duly penalised for a handball in the Brest box. Kenny Lala scored from 12 yards to double Strasbourg’s lead. 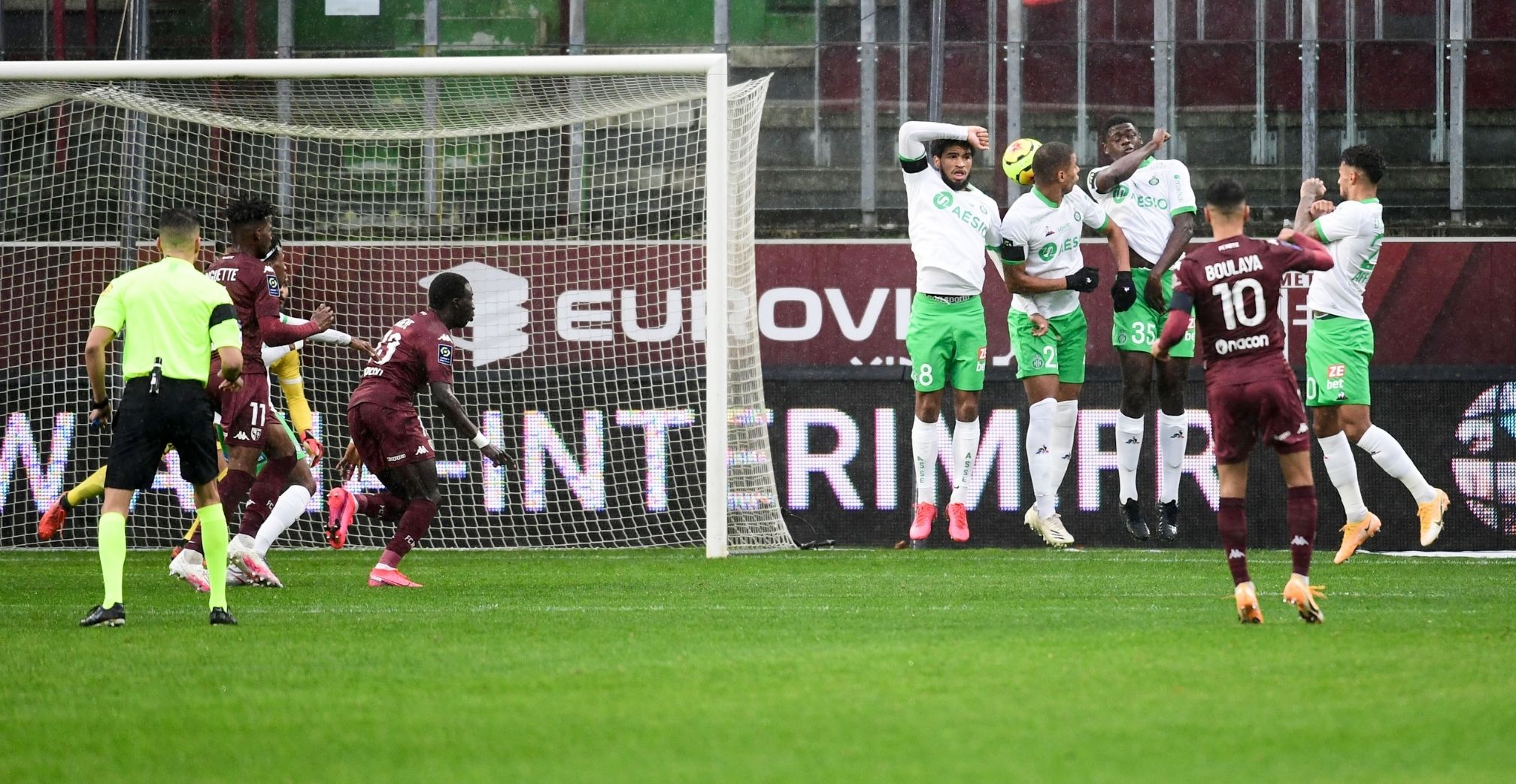 Ludovic Ajorque then made sure of the win in the second half, condemning Brest to their third loss in four games.

At the Stade Saint-Symphorien, AS Saint-Etienne’s slump continued as Claude Puel's side went down 2-0 to FC Metz. Farid Boulaya opened the scoring with an early free-kick and an Alpha Nelson Sissoko own goal late on made sure of the points for the hosts. Les Verts began the season with three straight wins and then a draw, but this was their fourth consecutive defeat, all without scoring a goal. Girondins de Bordeaux beat Nîmes Olympique 2-0 at the Matmut Atlantique with both goals coming late on. They were heading for a fourth goalless draw in five home Ligue 1 Uber Eats outings this season until Hatem Ben Arfa was fouled in the box 12 minutes from time. Former France international striker Briand then stepped up to score from the spot, joining the select club of players who have scored a century of goals in France’s top tier. Rémi Oudin made sure of the win moments later.