Jonathan David swooped in added time as Lille came from behind to defeat Reims and move into provisional second place on Sunday. Strasbourg won again while Nice and Saint-Etienne continue to struggle.

Paris Saint-Germain had moved ahead of Lyon, who play Metz in Sunday's evening kick-off (8pm GMT), with their nervy win at Angers 24 hours earlier, and Lille also struggled to see off Reims at the Stade Pierre Mauroy where the hosts had not won in two outings.

Reims came into the game on a five-game unbeaten run, and immediately suggested they were going to make life difficult for Lille. Nathanaël Mbuku fired narrowly wide early on (8') before Arber Zeneli put the visitors in front.

The Sweden-born Kosovo international's own upturn in form has been a significant factor in David Guion's men easing up the table in recent weeks, though there was a major touch of fortune in his goal, which appeared to be a cross but curled beyond Mike Maignan with Yunes Abdelhamid in close attendance (36').

Benjamin André had Lille's best effort of the half — a powerful downward header that reared up awkwardly at Predrag Rajkovic, who did brilliantly to push it out (45') — but got themselves back on level terms early in the second.

Jonathan Bamba has been one of Christophe Galtier's stand-out performers this season, and when Rajkovic miscued a clearance and Moreto Cassama slipped, the Lille forward mercilessly rifled in his sixth league goal of the season (48').

Rajkovic then parried a David shot (50') before the Canada international crossed for Yusuf Yazici to fire narrowly wide (52') before Maignan turned an Mbuku shot from distance around a post as Reims reminded Lille of their own ambitions (62').

Lille, who had lost just one of their last 11 home games against Reims, were the more dangerous though.

Yazici sorely tested Rajkovic (79') before Xeka saw his long-range shot parried by the Serbian goalkeeper only for David to fire home the loose ball for his third league goal of the season and take Lille level with PSG on 42 points, two clear of Lyon.

The summer arrival from Gent has had a slow start to life in Ligue 1 Uber Eats, but he looked sharp against Reims, notably when others were sluggish with just seconds left in the game, and decisively so.

This is the first time since 1948 that Lille have beaten Reims in successive L1 fixtures.

🔚 Final whistle! Our round 20 Multiplex is over after 6 goals, one home win, one draw and one away win! #OGCNFCGB#FCNRCL#RCSAASSE pic.twitter.com/Nw2Iafj5Xq

Elsewhere, Strasbourg's fine run of form continued — and Saint-Etienne's woeful run did too — as the Alsace club picked up a third successive win and clean sheet thanks to Ludovic Ajorque's 29th-minute strike. Sainté have won just one of their last 17 L1 games, and remain in the relegation battle.

Nice have failed to win any of their last five outings and none of their last seven home matches in the French top flight after losing 3-0 to Bordeaux — second-half goals from Hwang Ui-Jo, ex-Nice man Paul Baysse and Toma Basic gave Jean-Louis Gasset's men a second successive L1 victory, a Bordeaux first since January 2019.

Nantes are winless in 11 league games, but could have taken all three — and lost them — at home to Lens. Gaël Kakuta missed a first-half penalty for the visitors shortly before Imran Louza tucked one away for the hosts, but Kakuta made amends with a late equaliser (81'). 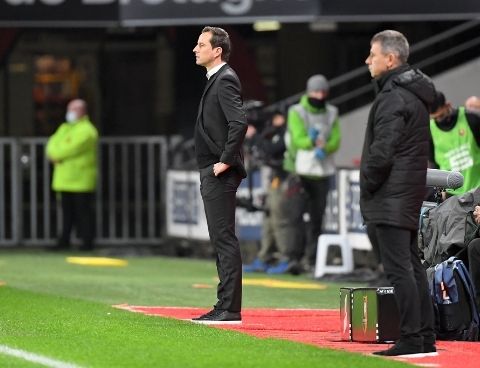 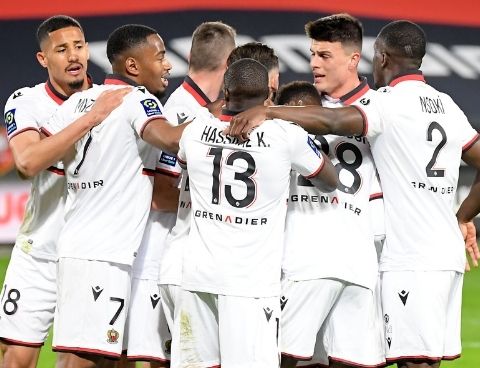 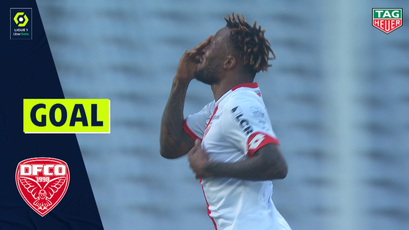 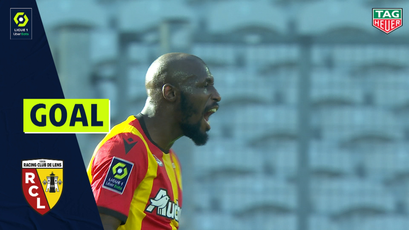