Dieng fires Marseille past Monaco and into third

Bamba Dieng opened his Ligue 1 Uber Eats account as Olympique de Marseille kept up their unblemished start to the season with a 2-0 win over AS Monaco at the Stade Louis II.

Marseille were without the suspended Dimitri Payet and injured Arkadiusz Milik, so 21-year-old Dieng led the line and his pace had Monaco panicking in the first half. Matteo Guendouzi slipped the Senegalese through with a wonderful ball down the left wing, but the finish didn't do the pass which preceded it justice, with Dieng firing high over the crossbar after cutting inside (11'). Amine Harit - recently signed from Schalke - was the next to play the effervescent striker through, this time Dieng hitting the far post after beating Alexander Nübel with a right-footed effort (13'). Monaco might have punished Marseille's profligacy midway through the half when Aurélien Tchouaméni lofted the ball to the back post, but Kevin Volland and Gelson Martins got in each other's way and the chance went begging (19'). Dieng could easily have had a hat-trick before he did open the scoring - firing high after a Guendouzi knock-down (26') before hitting the other post with his left foot (27') - and Monaco could have no arguments when OM pulled clear. Again, Dieng sprung their offside trap, and this time he steered the ball inside Nübel's near post for 1-0 (37').

Dieng does the business

Monaco coach Niko Kovac sent Chrislain Matsima on for Ruben Aguilar at the start of the second half in an attempt to shore things up, but the second-half traffic flowed in the same direction as the first's had, and OM pulled further clear on the hour. Harit did well not tp give up possession on the edge of the Monaco area before passing to Dieng, and the man of the hour rolled passed the hulking Axel Disasi before blasting in his second (60'). Dieng went off to a standing ovation soon after, with Luis Henrique taking his place (66'). Monaco went looking for a consolation in the dying embers, Krépin Diatta and Tchouaméni coming closest after combining on the edge of the OM box (81') but it was Marseille who should perhaps have made the net bulge one more time, Guendouzi firing straight at Nübel (90'+2) before it ended 2-0.

Dieng was the top scorer in his native Senegal in the 2019/20 season, plundering 12 goals in just 14 games. Initially part of Marseille's reserve set-up on moving to France last year, he was promoted to the seniors at the start of this season and looks more than ready to stay there full-time on this showing. Milik might have taken more than two of the chances Dieng had, but the Pole also might not have had the speed to create them in the first place. If Dieng can refine his finishing, Jorge Sampaoli will have a selection headache on his hands soon enough.

Marseille are undefeated in 11 of their last 12 Ligue 1 Uber Eats matches. But for a 1-0 loss to AS Saint-Étienne in May with little left to play for in the 20/21 campaign, les Phocéens have not lost since March. To say Sampaoli has been a success since succeeding André Villas-Boas would be an understatement. Might there be honours to follow at the end of this campaign? 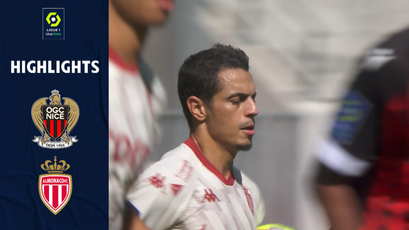 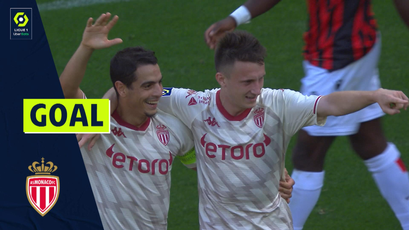