AS Saint-Étienne's travails continued after Amine Gouiri, Calvin Stengs and Andy Delort goals proved enough for OGC Nice to take all three points home with them from the Stade Geoffroy-Guichard.

Sainté began the day in the relegation places, Wednesday's 3-1 loss at AS Monaco meaning they had dropped 18 of a possible 21 points coming into this one, and they were under pressure from the off. Khéphren Thuram slipped Hassane Kamara in for an early chance, but the left sider blazed what should have been his first goal of the season high and wide (2').  Kamara nearly turned provider minutes later when he crossed low for Gouiri, but Stefan Bajic - standing in for the suspended Étienne Green in the home goal - got a touch to the cross before reacting quickly to fend off the rebound (7'). There was an air of inevitability, then, when les Aiglons opened the scoring, even if it there for some fortune involved in Gouiri's deflected strike from distance (15'). Gouiri forced another close-range from Bajic (34') before Sainté carved out their first real chance. Harold Moukoudi rose highest to meet Wahbi Khazri's corner, but Melvin Bard was on hand to hook the danger off the line (41'), and it was 1-0 at the break.

Claude Puel rang the changes for ASSE at the interval, sending on Ryad Boudebouz and Arnaud Nordin for Denis Bouanga and Jean-Philippe Krasso (46'), but despite the fresh legs, the hosts remained under the hammer and Nice pulled further clear when Stengs latched onto another Thuram pass and slotted his first goal for the club into the corner of Bajic's goal (53'). Gouri went off for Pablo Rosario with 20 minutes left to play (69') and Nice ceded some control of the game to their hosts. Zaydou Youssouf let fly with a blistering shot from outside of the box soon after which looked set to beat Walter Benitez after a deflection, but the Argentine showed why he is one of the best goalkeepers in the division with an excellent reaction to keep the ball out (72'). Sainté's sweat failed to result in any goals from thereon, though, and Nice went home with a 3-0 victory under their belts after Delort converted a simple third against the run of play (83').

Guoiri, Stengs and Delort might grab the headlines, but this was a win orchestrated by Thuram. The son of France's record appearance maker Lilian and younger brother of forward Marcus - who already has senior caps and a UEFA Champions League brace against Real Madrid to his name - it shouldn't be underestimated how difficult the 20-year-old finds it to shine amongst glittering family, and yet he appears to improve with every passing week.

Nice climbed four places and into third with the win and will still have a game in hand over many of the teams still to play on Sunday. Coach Christophe Galtier led LOSC to an unexpected Ligue 1 Uber Eats triumph last season, and after two games without a win, he seems to have Nice back on track, even if Saint-Étienne were opponents there for the taking. 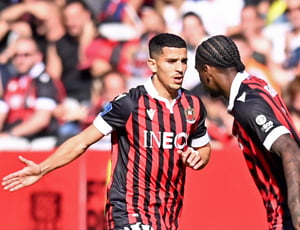 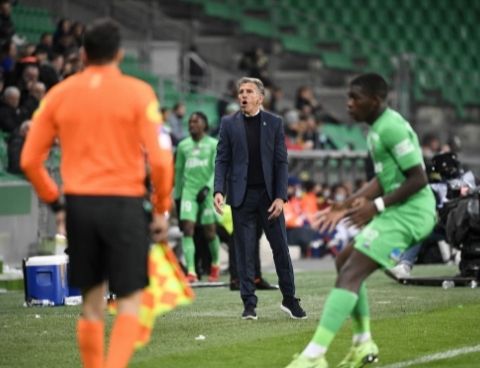 Puel: 'Potential in this team' 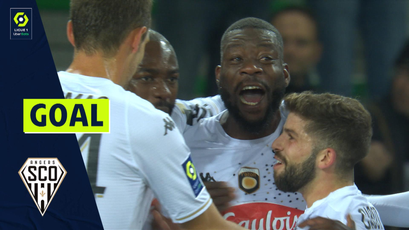