Gaëtan Laborde scored Rennes' opener as the Breton club strolled to a 3-0 victory at Metz.

Bruno Genesio's side, 2-0 home winners against Paris Saint-Germain heading into the international window, gave Metz a lesson in being clinical as they scored three goals from four attempts.

Jonas Martin shot narrowly wide (2') before Laborde opened the scoring (24'). Hamari Traoré played a one-two with Martin Terrier before crossing low to the front post from the right. Laborde beat Jemerson to the ball and back-heeled into the goal.

Opa Ngette (28' and 35') had a couple of attempts before Rennes put the game beyond Metz with an outstanding goal scored by Kamaldeen Sulemana (37'). Accepting Flavien Tait's pass, the Ghanaian international attacker nutmegged Matthieu Udol and then fired in off the underside of the bar with the outside of his right foot for his fourth of the season.

Before half-time (45') Rennes added a third as Traoré again combined well with Terrier, playing a double one-two with the former Lyon forward, who applied a cool finish. Alexandre Oukidja made a double save from Tait and Laborde (53') to keep the score down as Metz's winless run at home was extended to 13 matches.

Laborde is already proving a terrific acquisition from Montpellier for an estimated 15 million euros. Having netted three goals in four league matches for his previous employers, the forward has already scored four times in six league appearances in his new colours.

🔚 Final whistle! Our Round 10 Multiplex finish after 13 goals, two draws, one home win and one away win!#FCGBFCN#SB29SDR#FCMSRFC #RCSAASSE pic.twitter.com/Pl4ej8pfrh

Elsewhere, Strasbourg were 5-1 winners at home to winless Saint-Etienne, who had Zaydou Youssouf sent off before half-time. Bordeaux's 140th birthday celebrations were spoiled as they drew 1-1 at home to Nantes. Brest are still searching for their first victory and required a Franck Honorat equaliser to claim a point in a 1-1 draw at home to Reims.

>> Nice slip up at Troyes

Rennes to bounce back at Saint-Etienne? 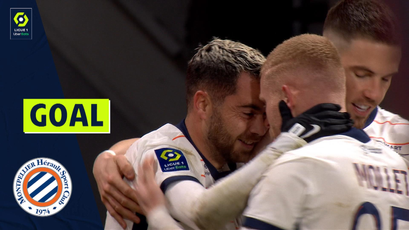