Andrei Girotto and Ludovic Blas got the goals for FC Nantes as they edged Clermont Foot 63 in a game which saw both teams end with 10 men at the Stade de la Beaujoire.

Antoine Kombouaré was able to welcome back Jean-Charles Castelletto and Fabio from suspension and injury respectively, and Nantes looked better for starting at full strength against their promoted visitors. Moses Simon teed up Roli Pereira de Sa for an early chance, but the midfielder blazed over (9'). Clermont carved out a near-identical effort at the other end when Mohamed Bayo failed to test Alban Lafont following an Akim Zedadka cutback (11') but most of the pressure was at the other end of the field in the first half. Simon created another chance from the left, this time for Fabio, but his shot cannoned back off Randal Kolo Muani (25'). Johan Gastian - son of Clermont coach Pascal - was then sent off for aiming a punch at Girotto (30') and the Brazilian made them pay minutes later, steering home Sébastien Corchia's free-kick (38'). Corchia soon followed Gastien for an early shower, though, after a poor challenge on Vital N'Simba (41') and it was 1-0 - and 10 men each - at the break.

The second half was barely five minutes old when Clermont got back on level terms, though. Elbasan Rashani took Castelletto out of the equation with a burst of pace and slipped Bayo in, and Clermont's top scorer lapped up the opportunity, crashing his shot just under Lafont's crossbar (49'). Simon squared for Blas soon after but N'Simba recovered the danger at the last second (53'). There was to be no denying Nantes, though, and Blas sent them clear just past the hour when he steered the ball home into an empty net after some selfless play from Kolo Muani (61'). Clermont tried to mount a comeback in the final half-hour, Saîf-Eddine Khaoui coming closest when he failed to connect properly with N'Simba's low cross (74'). Their aggressive play opened up counter-attacking opportunities though, and Kolo Muani would have stolen a third but for Florent Ogier clearing off the line (75'). Arthur Desmas stopped Simon from point-blank range (82') and it ended 2-1.

Other players might have let their heads go down after being on the end of such agricultural treatment in the first half, but Girotto let it spur him on. The Brazilian - who normally plays at centre-back when he isn't anchoring the midfield - took his goal like a season's striker, and already has more goals (3) than he managed in the previous two seasons combined (2).

Bayo top-scored with 22 goals as Clermont won promotion from Ligue 2 BKT last season and he has taken the step up in competition in his stride. With his sixth goal of the current campaign, the Guinea striker pulled up to 20 for the calendar year - a tally only Paris Saint-Germain superstar Kylian Mbappé has managed to match across the top two divisions of French football. 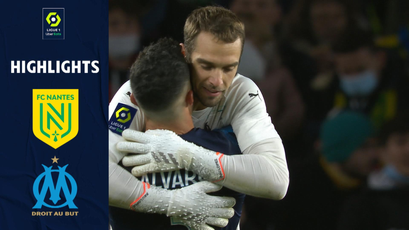