Half-time substitute Jonathan David turned the game as Lille came from a goal down to beat Troyes 2-1 at Stade Pierre-Mauroy. David scored a league-leading 11th of the season to equalise and then forced the winning own goal netted by luckless Troyes skipper Jimmy Giraudon.

Lille followed up their impressive 2-1 win at Rennes in midweek with another important result; one that they had to grind out after a fine Troyes first-half performance as the visitors looked to back up Wednesday’s home success against Lorient. Champions Lille now go to Wolfsburg on Wednesday looking for the point that will guarantee progress to the Round of 16 of the UEFA Champions League.

Troyes made the perfect start as they went in front (6’) to a well-thought out goal. Goalkeeping coach Johan Liébus had identified that LOSC didn’t mark players on the edge of the box from corners and Florian Tardieu duly played the ball to the unmarked Tristan Dingomé, whose perfect left-footed volley flew past Ivo Grbic. Dingomé has played a part in all of Troyes’ last five goals, scoring two and setting up three.

Lille nearly equalized from a corner (28’) but Gauthier Gallon made a magnificent save from Reinildo’s header and Burak Yilmaz snatched at the chance on the rebound. Jonathan Ikoné (45’) and Yilmaz (45+3’) both had half-chances as the home team improved late in the first half under the roof.

David came on at half-time for midfielder Xeka and (48’) wasted no time in equalizing, racing onto Benjamin André’s through ball and beating Gallon, though the goalkeeper got a fair bit behind the Canadian international’s effort. Gallon then tipped over a rasping David shot (56’) before Troyes nearly went back in front as former Lille player Rominigue Kouamé brought the best out of Grbic (60’).

Lille scored the winner (86’) when his movement found him space wide in the box, his run picked out by Zeki Celik. David’s cross was turned into his own net by Giraudon and the winner saw Lille rise five places to provisional seventh.

With Burak Yilmaz having an off-day and Gourvennec’s original system not working, David was thrown on at half-time and the improvement was immediate. David’s intelligent runs made life difficult for Troyes’ defence and the club record signing moved two goals clear at the top of the Ligue 1 scoring chart thanks to his 11th of the season.

>> Marseille beaten as Brest make it six in a row 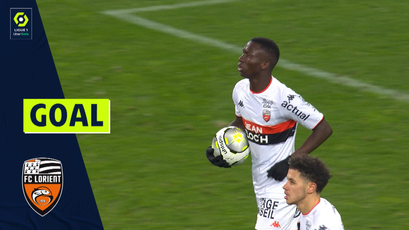 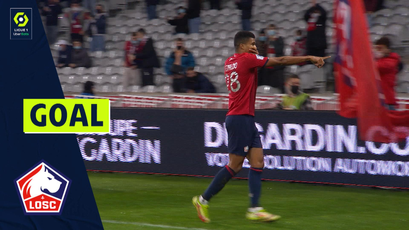