Amiens SC and Angers SCO continue to sit just above the relegation zone after playing out a 0-0 draw in their rearranged encounter on Tuesday.

Angers travelled to the Stade de la Licorne still reeling from their humiliating Coupe de France exit away to sixth-tier minnows Viry-Châtillon at the weekend. That meant they had won just once in 12 games in all competitions, and they were unable to get back to winning ways here.

Ismaël Traoré had a chance cleared off the line in the first half for the visitors, but it was Amiens who looked the more likely side on the night. Juan Ferney Otero was denied by Ludovic Butelle just before half-time, and the same player had another effort saved by the Angers goalkeeper with 20 minutes remaining.

The visitors might have snatched three points late on, but Angelo Fulgini's strike bound for the top corner was tipped over by Régis Gurtner, and it ended goalless. The result means Angers are four points clear of the bottom three in 15th, while Amiens are two points above the drop zone having played a game more.

The goalkeeper's saves were a major reason for Angers coming away with a point.

Angers are not winning games at the moment but they are unbeaten in their last six Ligue 1 Conforama matches. They have drawn the last five in a row. 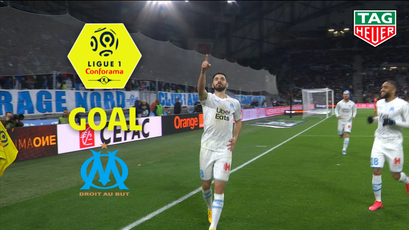