Monaco go through with Vainqueur deal

William Vainqueur has completed a move back to Ligue 1 Conforama, joining AS Monaco on loan from Antalyaspor until the end of the season.

The 30-year-old had been expected to join the principality club earlier in the week, but Monaco initially reported that the move had fallen through due to a failed medical. However, on Saturday they admitted having changed their minds, despite Vainqueur currently being unavailable due to a calf problem.

"My first feeling was disappointment when I found out I wasn't ready to play immediately," said Vainqueur. "But I am really eager to pull on a Monaco shirt so I spontaneously proposed to the club that they do everything they could for me to able to play here."

Vainqueur first appeared in Ligue 1 for FC Nantes in 2006-07. He then had spells abroad at Standard de Liège, Dynamo Moscow and AS Roma before a stint at Marseille two seasons ago. He moved to Turkey in 2017, helping Antalyaspor avoid relegation last season.

His arrival at the Stade Louis II follows the signings of Naldo, Fodé Ballo-Touré and Cesc Fabregas on permanent deals in the January window.
Suggested Content ! 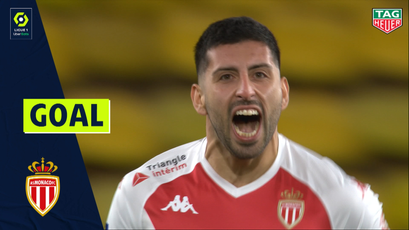