Allan Saint-Maximin's first-half penalty was the difference between OGC Nice and Girondins de Bordeaux on Saturday as Patrick Vieira's men eased into the top six.

THE MATCH
Nice were the last side to have inflicted a Ligue 1 Conforama defeat on Bordeaux before Les Girondins' arrival on the Côte d'Azur, and the visitors looked like a team with a six-game unbeaten run behind them.

A miscued Christophe Hérelle clearance allowed Yann Karamoh an early sight of goal — the talented youngster fired over (1') — and the on-loan Inter Milan forward then pulled a shot across goal (4') as Eric Bedouet's men, who had clinched their place in the Coupe de la Ligue semi-finals in midweek, threatened to race away.

With Mario Balotelli misfiring or absent all together, Nice have struggled for goals this season with Patrick Vieira's men mustering just 13 top-flight strikes before kick-off. Alain Saint-Maximin made that 14, however, when a foul by Vukasin Jovanovic on Ihsan Sacko gifted the hosts a penalty (16').

Otavio tested Walter Benitez (29') and the Brazilian midfielder than flashed an effort over (35') as Bordeaux sought to level, but Hérelle — with a powerful header — was not far away from doubling Nice's lead (40') at the half-time break.

With defences shaky, both sides looked likely to add to the scoreline.

Jimmy Briand glanced a header wide in the dying seconds of the first half (45'), Saint-Maximin bent a shot goalwards but straight at Benoît Costil early in the second before a timely Dante interception ensured an Hérelle slip did not allow Karamoh a free run on goal (53').

Sackho should at least have tested Costil when teed up by Saint-Maximin, who had stretched the visiting defence, but the ex-RC Strasbourg-Alsace man failed to even hit the target (68').

Benitez watched with relief as François Kamano's deflected strike bounced wide (71') before gleefully catching a ball he would have struggled to grab had Jovanovic connected cleanly after making an acrobatic flip at close quarters (72').

Though their midweek matchwinner Samuel Kalu threatened — notably with a first-time shot in added time (90+4') — Bordeaux never significantly troubled Benitez as Nice — without a win in their previous four league outings — picked up three points to move into sixth place, two points clear of Olympique de Marseille, who host AS Monaco on Sunday.

THE PLAYER: Allan Saint-Maximin
With his team struggling for goals and inspiration up front, the youngster had to step up, and did. His pace, directness and ability to beat an opponent one-on-one was often on show, and he took his penalty coolly.

THE STAT: 7
Nice have now conceded just one goal in their last seven league games against Bordeaux, including keeping clean sheets in the last four. 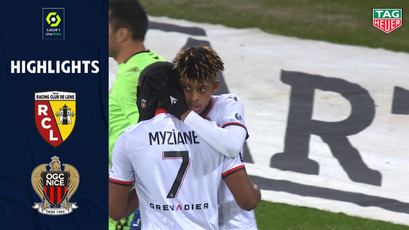 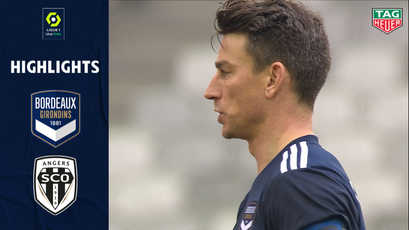