RC Strasbourg Alsace are through to the Coupe de la Ligue semi-finals for the first time in 14 years after stunning Olympique Lyonnais with a 2-1 win in their last-eight tie at the Groupama Stadium.

Lyon coach Bruno Genesio had spoken of the importance of domestic cup success on the eve of this encounter, and he sent out a strong side here. Captain Nabil Fekir and Memphis Depay both returned after missing the weekend Coupe de France win at Bourges Foot, although Mathieu Gorgelin replaced Anthony Lopes in goal.

Gorgelin was picking the ball out of his net after just 26 minutes, however. Jonas Martin was fouled in the penalty box, and giant striker Ludovic Ajorque stepped up to score the resulting spot-kick despite Gorgelin diving the right way.

Lyon could have been back level before the interval, but both Depay and Martin Terrier hit the post late in the first half before Fekir won a penalty when he was fouled by Pablo Martinez in the area. However, the World Cup winner squandered his spot-kick, missing the target altogether.

Despite that, Bertrand Traoré came on for Ferland Mendy at the start of the second half and the substitute fired past Bingourou Kamara to equalise in the 49th minute.

Nevertheless, Strasbourg retook the lead only three minutes later as Lamine Koné rose to head home from a Martin corner, and the men from Alsace then held on to eliminate Lyon and secure their spot in the semi-finals.

A night to forget for the Lyon captain, who will look back at his penalty miss on the stroke of half-time and wonder how the match might have turned out, even if OL did still equalise before conceding a second goal after the break.

The last time Strasbourg reached the semi-finals of this competition was when they won it in 2005, beating SM Caen 2-1 in the final 14 years ago. They have beaten LOSC at home, Olympique de Marseille on penalties, and now Lyon away to make the last four this time. 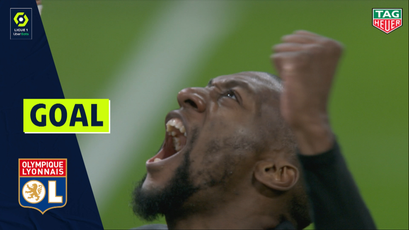