This is the Kwon

Changhoon Kwon scored a crucial equaliser as Dijon drew 1-1 at Lens in the promotion/relegation play-off, cancelling out Jean-Ricner Bellegarde's opener.

Having seen off Paris FC and Troyes, 1998 Ligue 1 Conforama champions Lens were attempting to give themselves a decent advantage to take to Burgundy for the second leg to help them return to the top division for the first time since 2014-2015. Dijon had to limit the damage in the north of France in order to give themselves the chance of a fourth straight Ligue 1 Conforama season.

Dijon boss Antoine Kombouaré, formerly coach of Lens, went with a conservative 5-2-1-2 that featured Mickaël Alphonse at left-back rather than Oussama Haddadi, whose impending move to Saudi Arabia had just been announced. Lens went with a 5-3-2 as they attempted to keep the momentum going from their previous play-off exploits.

Dijon captain Wesley Lautoa (1') tested Jérémy Vachoux - filling in for the suspended Jean-Louis Leca - from range and the goalkeeper, who is off to Oréans next season saved well with his legs from Wesley Saïd (34'). Benjamin Jeannot, playing with Julio Tavares injured, then found the stands with the goal at his mercy (42').

Lens took the lead on the counter (48') when a fast counter was led by Yannick Gomis who deceived Senou Coulibaly, allowing midfielder Bellegarde to go one-on-one with Runar Alex Runarsson and beat the Icelandic goalkeeper. Dijon almost hit back when Saïd hit the woodwork from a tight angle (56').

Dijon felt they might have had a penalty when Steven Fortes challenged Saïd (73') and the visitors did get back on terms (81') when the offside Jeannot let the Saïd pass run for Kwon and the South Korean international applied the sweet finish. The second leg will take place at Dijon on Sunday evening.

The 24-year-old missed the first half of the season through injury but has found form at the right time. Having netted the stoppage-time winner against Strasbourg on May 11, the attacker scored another crucial goal in the north of France.

Kombouaré has already taken two clubs down from Ligue 1 Conforama. Lens finished 20th in the top division under him in 2014-2015, while Guingamp - where he started the current season - finished bottom of the league. 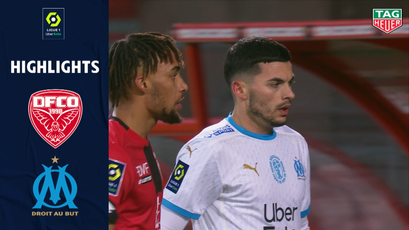 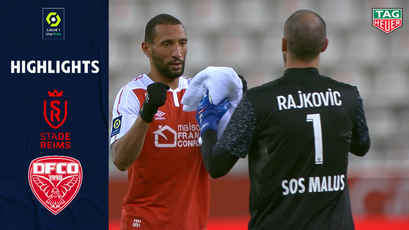