What next for PSG killers Rennes?

Stade Rennais' win over Paris Saint-Germain (2-1), in an electric atmosphere at Roazhon Park on Sunday night, laid the foundations for an exciting season to come.

While some were worried following the summer departure of half of the team that lifted the Coupe de France at the Stade de France in May - beating PSG on penalties - Rennes showed they are still in fine fettle, turning in a near-perfect performance thanks to a strong mentality and total solidarity.

"We are a team undergoing reconstruction but we have values, and we're capable of building something great," said young coach Julien Stéphan (38) at the end of the evening. "But which must continue to work hard to improve."

Work is the key word when Rennes look to explain this deserved result.

"We worked well, with the staff, with the guys from the video," summarised goalkeeper Romain Salin, who had a great night between the sticks. "We were very courageous. It was very promising, because we took risks."

The newly signed 35-year-old glovesman, who came up through Rennes' renowned youth academy and returned to the club this summer after a long stay in Portugal. "We conceded a goal like that (when captain Damien Da Silva gifted Edinson Cavani an opportunity), but there was no blame and we kept up the momentum."

Stephan has been patiently constructing this dynamic since his appointment at the end of 2018. It was fine-tuned, completed and perfected during the three recent confrontations with Paris Saint-Germain, the benchmark of Ligue 1 Conforama.

"Were they exploits? Yes and no, because we played them three times in a short period, so we had a chance to perfect some things tactically," said Clément Grenier, very active in the middle of the park.

"It was a great collective performance, a successful match, complete. We used the experience of the Trophée des Champions (in early August in China), where we had been very consistent tactically but had barely used the ball," explained Stéphan. "Tonight we have maintained our organisation, our generosity and our ability to control the spaces. But we added control and ambition with the ball.

Meanwhile PSG captain Thiago Silva - who showed some excellent form over the summer as he helped Brazil to lift the Copa America - had high of praise for the Brittany club's impressive showing: "There are not many teams that will beat Rennes this season, especially here."

Wise words, especially as, in 2019, Rennes only lost once at Roazhon Park, on 29 March against Olympique Lyonnais (1-0).

In addition to the next 36 matches of Ligue 1 Conforama, Rennes will have to manage a schedule of matches more or less every three days because the Europa League starts in September.

Hence the importance of an effective summer transfer window. Grenier could be joined before 2 September (when the window closes) by his great friend Maxime Gonalons, who is currently on the outer at AS Roma: "We talk to each other every day on the phone, because we grew up together".

The 30-year-old Gonalons was on loan last year to Sevilla FC, where he played only ten games, due in large part to a string of injuries. He spent ten years at OL, with Grenier, and won the French Cup with him in 2012. Grenier preceded Gonalons in Rome, on loan in 2017, before leaving OL for Guingamp and then Rennes.

"Gonalons is a good player," said Rennes president Oliver Létang, without denying contact with the Italian club. "He has many qualities and his values align with ours. But I don't want to mention names, and I can't say any more." 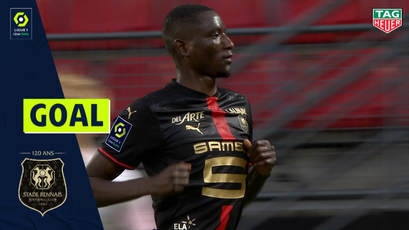 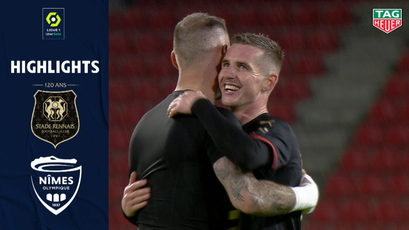