Dijon and Lens do battle for top-flight future

Changhoon Kwon and Dijon FCO have already produced one miracle in reaching the Ligue 1 Conforama promotion/relegation play-off, now they need another to prevent RC Lens taking their place in the top flight.

Bottom of the table with eight games to go having claimed a solitary point from their previous ten matches, Dijon were everyone's favourites for the drop. But with the tenacity infused by boss Antoine Kombouaré, they dug in.

An unexpected 3-1 victory at Olympique Lyonnais sparked a fruitful run-in that brought 13 points, the last three of which came on a dramatic final day. The Burgundy outfit knew victory over Toulouse would only be enough if SM Caen, who started the last 90 minutes of the season two points better off in 18th position, lost at home to Girondins de Bordeaux.

"It is miraculous!" exclaimed defender Wesley Lautoa after helping his team come from behind to secure a 2-1 win while Caen slipped up 1-0 to throw Dijon a Ligue 1 Conforama lifeline.

"We had nothing to lose. We were a little more incisive after the break and we scored twice. Of course, when you're trailing, it's a little easier. I think we showed character. We just had to pray that Bordeaux would win. The play-off with Lens is going to be something else. We're going to have to be solid up there so that we host them holding all the cards."

Ahead of the return leg in Dijon next Sunday is the first leg at the Stade Félix Bollaert on Thursday. It will be played in front of a 38,000 capacity crowd, and presents a significant challenge for Dijon with Lens surfing a wave combining a potent blend of local fervour and excellent form.

The Sang-et-Or (Blood-and-Gold), who are coached by former Stade Rennais FC and Nottingham Forest FC boss Philippe Montanier, won their last three Domino's Ligue 2 matches of the season to finish fifth and squeeze into the second-tier play-offs on goal difference.

They then defeated Paris FC and ESTAC Troyes — the two sides that finished above them in the league table — in a penalty shoot-out and in extra-time respectively to earn their shot at securing a return to the top flight after a four-season absence.

The man who was in charge the last time they were in the top division of French football was Kombouaré, who could not keep them there, suffering relegation after a single season before ending his three-year stint in charge in 2016.

"I know the stadium and the fans well, but the team has completely changed," said the Dijon boss. "We're going to a football town and Bollaert, it's going to be exceptional. I saw their two pre-play-off games, they're a solid, athletic, powerful team."

Gillet: 'The fans deserve it'

Dijon's bid will be hampered by the likely loss of top scorer Julio Tavares, who netted the decisive second in the win over Toulouse, to a knee injury that could keep him out of both legs, while influential midfielder Romain Amalfitano is suspended for the first leg.

Lens will rely heavily on their top scorer Yannick Gomis to provide a cutting edge and on midfielder Guillaume Gillet to bring the cool head only experience can provide in what will be a white-hot atmosphere.

"We have nothing to lose. We nearly missed the play-offs, and I think that took a little bit of the pressure off us. We had to play the fourth and third-placed teams at their place. They were favourites, and we showed that we could go above and beyond that. Now, we have a card to play against a Ligue 1 club," said the 35-year-old Belgian midfielder, who has nearly 100 top-flight matches in France under his belt with SC Bastia and FC Nantes.

"In the space of a week, we have produced two performances of real character. We have our game in front of 40,000 at Bollaert on Thursday, and our supporters deserve it." 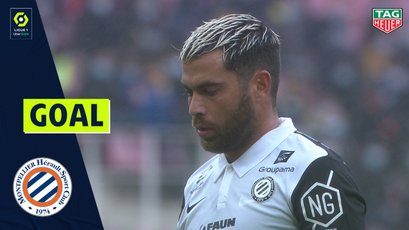 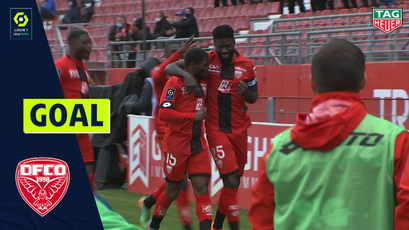