The Portuguese, 41, has signed a two-year deal with the southern giants and will officially take charge of OM's first team as of 1 July 2019.

The former Porto, Chelsea and Tottenham boss, who took the Portuguese side to the league, cup and Europa League triple in 2011, has been a free agent since the end of his contract with Shanghai SIPG in the Chinese Super League in November 2017 and is pleased to be making his return to football with France's most-supported club.

"Arriving at a big club like OM is positive," explained Villas-Boas as he was present to the press after putting pen to paper on a deal that will see him earn a reported €7.2m per year. "The objectives we discussed are very clear and we will give our all to finish in the top three."

The side's failure to qualify for Europe next season - OM's fifth-placed finish wasn't enough to clinch a Europa League berth - will have an effect on the size of Villas-Boas' war chest for summer transfers, but the man in question, speaking fluent French, is prepared for that.

"We'll analyse what the possibilities are but, with the budget we have, we will have to do the best we can. In every club, I have taken on the responsibility myself. The club have been clear with me and that's what really counts for me."

Following a tough season that saw the team go through a considerable form slump and the club's fan base turn against coach Rudi Garcia, president Jacques-Henri Eyraud is in a rebuilding phase - as is Villas-Boas, who has been under the radar for 18 months.

"We're all starting over again right now, and that is something that binds us," explained the OM president. "Andre showed a very strong desire to join OM and that made me very happy. The adventure we're embarking on will see us relying on some experienced players but we needed a coach who has a knack for developing young talent."

Villas-Boas: 'I want to control everything'

Villas-Boas arrives at the club with a full complement of coaching staff and is evidently counting on putting his stamp on the club.

"When I arrive, I want to change everything," he declared. "I'm pretty strict about organisation and I want to make changes. A breath of fresh air is important and so changes need to be made - and that's why I want to control everything."

And it seems that the Portuguese already has clear ideas about how he wants his future team to play: "I'm not the kind of coach who wants results, who defends... I want to play attacking football that lives up to OM's slogan - Droit au but (straight to the goal) - while respecting the verticality and unpredictability of French football." 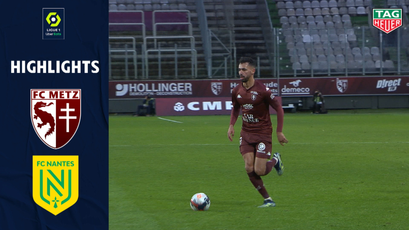