Rongier, from Nantes to OM!

Valentin Rongier has FC Nantes for Olympique de Marseille under the auspices of French football's joker transfer rule. The former Canaris captain, 24, arrives at OM on a five-year, €13m deal.

Twenty-four hours after Luiz Gustavo's departure, OM have a new midfielder -although one with a different profile from the Brazilian. The little master of the jeu à la Nantaise (1.72 m, 70 kg) has decided to take up a new challenge by joining Olympique de Marseille.

It has been in the wind for some time, but Valentin Rongier's Marseille move has finally come about - just outside the summer transfer window, thanks to France's joker transfer regulations that allow each club to sign one French player between the summer and winter transfer windows - after a long adventure at FC Nantes.

Having already taken part in three games this season, the newly signed OM midfielder will continue his progression further south with a new jersey on his shoulders, after having scored his best season in terms of statistics in 2018-19 (four goals and four assists).

The 24-year-old, who joined Les Canaris as a six-year-old in the 2001-02 season, progressed steadily through all levels of the FCN, making his Ligue 1 Conforama debut on 18 October 2014 and eventually earning the captain's armband. All told, Rongier played 119 Ligue 1 Conforama games for Les Canaris, scoring eight goals and providing nine assists. 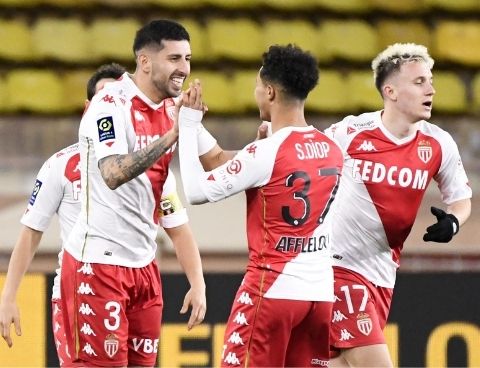