Edinson Cavani hurt himself in the act of scoring the winning goal from the penalty spot as Paris Saint-Germain defeated Bordeaux 1-0 at the Parc des Princes.

With Neymar already ruled out of both legs of the Manchester United Champions League tie, PSG could ill afford to see record scorer Cavani go off injured immediately after firing in an emphatic penalty (42'). There was better news for Thomas Tuchel as midfielder Marco Verratti came through an hour unscathed on his return from an ankle injury.

Tuchel made seven changes to the team that started the laboured 3-0 extra-time Coupe de France victory over Villefranche in Lyon on Wednesday and handed the weekend off to Marquinhos, Juan Bernat, Thilo Kehrer, Julian Draxler and Angel Di Maria ahead of Old Trafford on Tuesday.

Captain Thiago Silva had a shot cleared off the line by fellow Brazilian international Pablo (10') as the home team created a glut of first-half chances, intent on bouncing back from suffering their first league loss of the season last Sunday at Olympique Lyonnais. Cavani hit the post with a delicate left-footed volley (21') after a gem of a Verratti ball over the top and then Benoît Costil denied Eric-Maxim Choupo-Moting (25') from close range. Choupo-Moting then turned provider for a Moussa Diaby chance (28').

In the 42nd minute Dani Alves picked out Thomas Meunier's great run with a flighted pass and the Belgian was fouled by Nicolas De Préville. Cavani smashed home the penalty, sending Costil the wrong way, but immediately felt a twinge and walked to the sidelines.

Kylian Mbappé came on for Cavani but like his team Mbappé was quiet in the second half. Bordeaux had taken a point off PSG in early December and might have done the same here but for a flying Gianluigi Buffon save from François Kamano (60'). Choupo-Moting got his feet in a tangle (77'), while Mbappé could have doubled the home advantage with practically the last kick of the game (90+4'). Bordeaux have lost four games in a row in all competitions.

The Uruguayan has now scored seven league goals in 2019 and is on 17 league strikes for the season, just one behind Mbappé, the division's top scorer. The 31-year-old hit his penalty with feeling but felt the consequences of going for power as he hurt himself, providing Tuchel with another headache.

PSG have won 12 home Ligue 1 Conforama games from 12 this season. 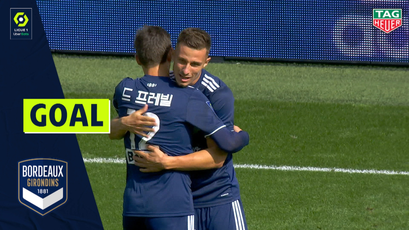