Caen's awakening in this end of season, has been inspired by one man in particular, Fayçal Fajr. Handed the armband in recent weeks, Fajr has led the side as they put together their best run of the season.

The Moroccan international's performances and goals are keeping the Normandy club's survival hopes alive. 10 points from four games have lifted Caen to 18th in the league, behind Monaco on goal difference alone. After netting a stupendous goal in the 3-2 home win over Reims in Week 36, Fajr said: "The fans deserved a win, something to celebrate, and we've given them something to shout about, it's a relief!"

After four years spent in La Liga, Fajr returned to the club that handed him his professional debut. After a slow start to the campaign, the midfielder's move is now bearing its fruits with two goals in his last three outings, including a gem against Dijon.

Fajr commented: "I saw both Enzo Crivelli and Malik Tchoukounte making good runs. I just wanted to hit it as hard as possible as if I was whipping in a set-piece. I was lucky it went in, that's whats most important though"

Caen's most used outfield player counts five goals and four assists to his name, making him the club's most potent attacking weapon. Coach Fabien Mercadal knows just how important his number 10 is in the final two games of the season. Mercadal said: "The lad is getting better and better! We're delighted. We love him here, team, coaches and fans alike." 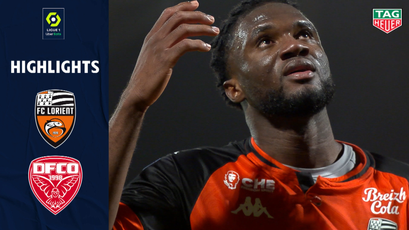