Guingamp beat Monaco 5-4 on penalties after a 2-2 draw to reach the final of the Coupe de la Ligue BKT on a dramatic night in Brittany.

(Guingamp through 5-4 on penalties)

Leonardo Jardim, back on the bench for the first time since being reappointed Monaco coach, saw his side weather having William Vainqueur sent off on his first start since joining on loan from Antalyaspor (13'). The midfielder lunged into Marcus Thuram and referee Jérôme Brisard upgraded the card from yellow to red after a VAR review.

Five minutes later the ten-man visitors took the lead. Gelson Martins' cross deflected Rony Lopes' way and the Portuguese juggled the ball before athletically volleying into the corner of Kalle Johnsson's net. Lopes had also scored in the quarter-final against Rennes.

One of Jardim's tasks is to get the best out of major summer signing Alexsandr Golovin and the Russian international at last notchedhis first Monaco goal (24') at the end of a breakaway move that started with a Guingamp corner. Lopes helped it out to Martins, who perfectly weighted a pass for the motoring Golovin, who took one touch to control before rifling the ball past Johnsson at the near post. It meant two assists for Martins on his first appearance after a loan move from Atlético Madrid.

Guingamp recover from two down against ten men

Guingamp's only threat before the break saw Danijel Subasic save well at his near post from Alexandre Mendy (35') but the home attacker got the upper hand immediately after the resumption (46') with a crisp left-footed finish following a miskick by Benoît Badashile that left visiting captain Kamil Glik floundering.

The second half was almost all about Guingamp attacking and Ligue 1 Conforama's bottom club equalised against the 19th-placed outfit (55') when Thuram spun past Martins before striking a true shot into the net from outside the area. Substitute Ronny Rodelin (61') headed over and Subasic had to save from Christophe Kerbrat (74') and Marcus Coco (83') as Guingamp pushed for a winner. The only scare Jocelyn Gourvennec's side had was when Cesc Fabregas fired wide (89').

Gourvennec was the Guingamp coach back in 2014 when Monaco were beaten in the Coupe de France semi-finals and the Breton club went onto lift the trophy. The former Bordeaux coach's decision to bring on Marc-Aurèle Caillard for the shootout proved inspired as the 24-year-old matched Subasic's two saves. With Monaco's seventh kick, Sofiane Diop struck the crossbar and Coco kept his nerve from 12 yards to seal Guingamp's passage to their first final in this competition. There will be no European football for Monaco next season and Jardim's only focus now is to ensure the club's top division status.

The hero of the shootout wins over Angers and Nice earlier in the competition justified Gourvennec's decision to bring him on for the penalties by making saves to his right from Benjamin Henrichs and Glik, Monaco's fourth and fifth takers. Penalties have been the theme of Guingamp's Coupe de la Ligue BKT season as they beat holders Paris Saint-Germain in normal time in the quarters thanks to converting two of the three penalties they were awarded.

Guingamp are through to their first Coupe de la Ligue BKT final. Their only previous semi-final resulted in a loss to a Robert Pirès-inspired Metz back in 1996. 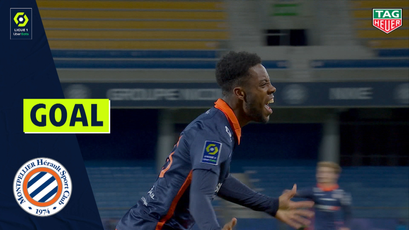 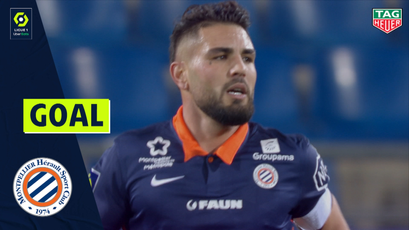