Icardi: 'My job is to score goals'

Paris Saint-Germain forward Mauro Icardi wants to score and be decisive in the big matches. The Ligue 1 Conforama leaders are at Nice on Friday evening.

Icardi, 26, scored his first league goal in the 4-0 dismantling of Angers in Week 9, just a few days on from netting a maiden goal for the club, the winner in a 1-0 Champions League success at Galatasaray. The Argentinian, on loan from Inter Milan with an option to buy, told Le Figaro: "I'm up and running, even if I'm not at my best yet. I had a difficult summer but I was fortunate in being able to play quite quickly here, notably against Real Madrid, before a small injury held me back. I made the most of the international window to work hard in order to soon be at 100%."

The international window is always a time of trepidation for club coaches and PSG's Thomas Tuchel received bad news with Neymar out for a month, injuring his thigh playing for Brazil against Nigeria, and key Senegalese midfielder Idrissa Gueye set to be out for 10 days with a hamstring complaint. On the plus side, Tuchel might be able to get Kylian Mbappé and Edinson Cavani back into action in the Côte d'Azur after injury.

When everyone is fit, the competition for places is going to be fierce and Icardi, Serie A's top scorer two seasons ago, commented: "They're all top-level players and it's a pleasure to play alongside so many fuoriclasse. They're capable of making the difference at any given time, even in the closing minutes of games, like Neymar did against Strasbourg."

With an excellent scoring record at Inter, Icardi backs himself to bang in the goals in the French game. He said: "From a very young age, I lived only for scoring goals. My model was Gabriel Batistuta. I watched all of his games and all of his goals. He was my only football hero. My role is the same as at Inter: to score goals. That's what counts the most for a striker. I am lucky in that I have a coach who plays me. I think he sees me in a positive light. I have a very good relationship with him and he's very close to his players. He likes to make jokes and to talk to the players."

Attempting to counteract Icardi and PSG will be Patrick Vieira's Nice boosted by the potential return of centre-half Christophe Hérelle from injury. Vieira admitted in a pre-match press conference that he is considering playing three at the back against the champions.

Vieira said: "Any team would be stronger with Neymar but even without him they're still a great team. It will be a beautiful match and the stadium will be full. We're going to play with enthusiasm, determination and aggressiveness in order to try to obtain the result we want. We need to keep our balance but we mustn't just defend. Against them, some teams play with five or six at the back but if you decide you're going to just defend against PSG for 90 minutes then you'll lose the game. When we have the ball, we mustn't be scared to play it forwards. If we're only thinking of defending against PSG then it's not even worth playing the game." 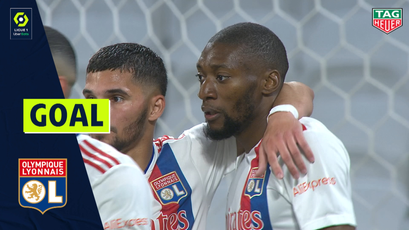