Memphis Depay played 90 minutes - and scored - for Lyon in the Champions League on Wednesday, meaning Rudi Garcia has a full-strength squad to call upon as he chases his first win, against Metz.

Garcia replaced Sylvinho as Olympique Lyonnais coach on 14 October and his first game ended in frustration with Dijon FCO holding Les Gones to a goalless draw at the Groupama Stadium despite Lyon having 26 shots to their visitors' six.

Memphis missed that game with a thigh strain, but he was back on Wednesday, playing up front in partnership with Moussa Dembélé as Lyon were edged 2-1 in Lisbon by SL Benfica in UEFA Champions Group G.

Garcia is unlikely to change his side against Metz, despite Anthony Lopes's loose throw which allowed for Pizzi's winner at the Estadio da Luz. The goalkeeper - who had been standing in as captain recently in Jason Denayer's absence - retains his coach's full support.

"I haven't spoken to Antho yet because he went straight to the anti-doping control, but as soon as I see him I'll comfort him," said Garcia. "We're with him. Everyone can make mistakes. I have every confidence in him to earn us a lot of points, as he does every season."

Whether or not Lopes will retain the captain's armband remains to be seen. Marcelo had worn it against Dijon despite Denayer and Lopes both playing; Lopes had it on Wednesday, and Garcia say he "need[s] to know who the leaders are."

Ready for the challenge

With Léo Dubois also back to full fitness following a thigh complaint of his own, Garcia should be spoilt for choice, but whoever is tasked with leading Lyon past Metz may find that they have their work cut out.

The promoted side actually come into Saturday's clash a point better off than Lyon following Les Gones' slow start to the season - in 16th on 11 points compared to their visitors who are 17th and on 10 - and have found some form.

Metz beat FC Nantes 1-0 last Saturday with Habib Diallo getting the only goal of the game at the Stade Saint-Symphorien. It was Les Grenats second win in four Ligue 1 Conforama games, and things are beginning to click despite their unusual managerial structure.

'Attached to the project'

Frédéric Antonetti had overseen most of the promotion campaign, but was given compassionate leave by the club due to his wife's illness last December. His assistant Vincent Hognon took the reigns as far as coaching, and Antonetti has since moved upstairs.

There is no confusion for club president Bernard Serin, and results are beginning to bear him out.

"I'm extremely attached to the project and it relies on Frédéric Antonetti, [Assistant Manager] Jean-Marie De Zerbi, Vincent Hognon and the other members of staff. We're not going to panic about dropping some points [earlier in the season] because of mistakes made by young players."

Metz striker Ibrahima Niane and defender Thomas Delaine are doubts after picking up knocks but Saturday's visitors will nonetheless be optimistic of snapping a five-game losing streak to Lyon, which stretches back to January 2015. 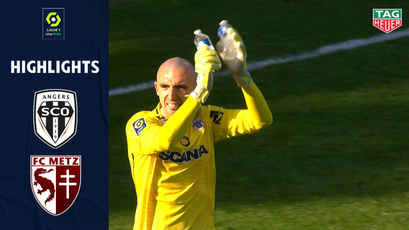 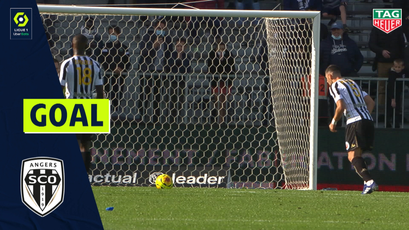