Lebo Mothiba scored two second-half goals as Strasbourg won 3-2 at home to Bordeaux to set up a Coupe de la Ligue BKT final meeting with Guingamp in Lille on March 30.

Strasbourg produced a stirring second-half revival from trailing to a Younousse Sankharé goal (14') at the interval, scoring three times in 11 minutes up to the hour mark. Thierry Laurey's side were deserved victors as they made it three wins from three against Bordeaux in all competitions this season despite Jimmy Briand cutting the arrears (80').

Strasbourg had beaten Bordeaux 1-0 in Ligue 1 Conforama in Alsace on Saturday in what was an insipid game. The semi-final was a complete contrast as Sankharé (1') had a shot straight from the kick-off to set the tone for the night. Mothiba (8') had a shot saved by Benoît Costil after good work from Kenny Lala and then Bordeaux - three-time winners of this competition - took the lead when Bingourou Kamara spilled Yann Karamoh's corner (14') and Sankharé volleyed home left footed. Lala on the line could not keep it out.

Strasbourg had dominated the first-half possession and it was the same story in the second with the difference that Laurey's men were far more incisive. Costil could only palm a Lala cross out as far as Ludovic Ajorque (49') and the big forward from the island of La Réunion converted the opportunity.

Bordeaux were susceptible down the left and Lala took full advantage, accepting a splendid Ajorque cross-field ball before setting up Mothiba for the goal that put Strasbourg ahead (55'). Five minutes later (60') Lala's deep free-kick from the right found the unmarked Ajorque and he headed back across goal for Mothiba, the South African international forward, to guide a header into the corner of the net for his second of the game.

Briand pulled one back (80') when he turned in a cross by substitute François Kamano, before Strasbourg sub Nuno Da Costa (86') headed against the bar from an Anthony Caci centre. Strasbourg, champions of this competition in 1997 and 2005, now have a chance to turn an already memorable season into a trophy-claiming one.

Lala has been outstanding all season and last week signed a contract extension through to 2021. Bordeaux were well aware of the wing-back's attacking threat given Lala had scored the winner on Saturday with literally the last kick of the game, yet they still afforded the Lens man too much freedom and Lala made them pay as he had a hand in all three Strasbourg goals. 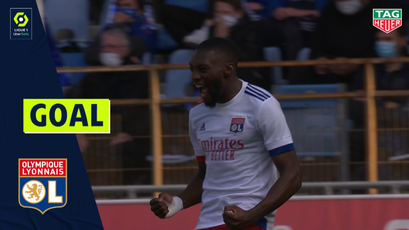 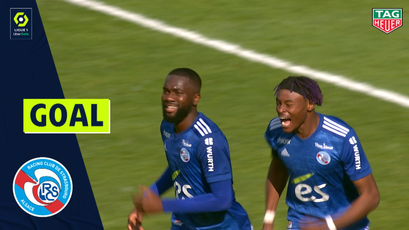