OGC Nice boss Patrick Vieira was proud of his side after the narrow 1-0 win over Lyon that took them seventh; opposite number Bruno Genesio had no complaints other than the fact that his side had failed to score.

Patrick Vieira (OGC Nice coach): "We played a solid match and we stayed focused. We also enjoyed a bit of good fortune. We suffered out wide in the first half, but Walter [Benitez] made two or three big saves. After that, we stuck together and got a deserved goal. We deserved the win. We played a great match in terms of intensity and tactical acumen. From where I was standing, I didn't have a strong feeling about whether it was a penalty. But when the ref sends it to VAR, you know anything can happen. It went our way."

Bruno Genesio (Olympique Lyonnais coach): "In two [league] matches, we have taken zero points from a side who, in those two matches, have had a third of the chances that we have had in just one match. But that's how it is, you have to take your chances when they come. You have to be more clinical, with more of a killer instinct, and score when you have the upper hand. In terms of how we played, the players did all the right things. We're making progress; even though it sounds stupid to say so after a defeat, I like the lads' engagement and quality. If we had won tonight, we would have taken a bit of a lead over our pursuers and gotten a bit closer to Lille. But there are still 14 matches left to play."

Alain Casanova (Toulouse coach): "I can't be satisfied with the point. When you play at home against a team in your category you need to show more. We lacked determination and desire and only played in the last 20 minutes. We finally unleashed the horses because we didn't want to lose face. We can tell the long run without a home win is on the minds and we need a win to put an end to that."

David Guion (Reims coach): "The players were disappointed after the game because it's infuriating to concede an equaliser eight minutes from time, especially away from home. In the first half we could tell that the Toulouse players were uptight but we didn't manage to move them around enough. In the second half we went in front and could have made it 2-0. We could have lost it in the last 10 minutes and that would have been cruel."

Vahid Halilhodzic (Nantes coach): "I can't explain it. I don't understand it. At half-time I said 'listen it's a good score, but it's dangerous and we mustn't concede'. Two minutes into the second half we conceded. I can't explain why we conceded four goals like that today. It's a total nightmare. It's the first time in my career that I've conceded four goals in a half at home. Now we're in a relegation battle but that was the case even when we were winning."

Bernard Blaquart (Nîmes coach): "We weren't at it in the first half. That's the worst half of football we've seen from Nîmes. In the second half we saw the real Nîmes, with our qualities and our defects. I think that wherever he is, Emiliano Sala would have wanted to see a good match and there was a good match today. We're not guaranteed to stay up but we're on the right road."

Michel Der Zakarian (Montpellier coach): "We showed the character to come back twice from being led. We wanted the three points and we only took one. We defended badly for the two goals and we lacked concentration at the start of the game just as against Nîmes last week. Monaco caused us a lot of problems. They don't have the same team as before Christmas."

Leonardo Jardim (Monaco coach): "Our objective was the three points and we're disappointed to have only taken one. The referee didn't see the tackle on Golovin. The Montpellier player didn't get a card. As the referee hadn't given the authorisation for treatment, I told him to come off. We were a player down and they scored."

Jocelyn Gourvennec (Guingamp coach): "We're disappointed to have lost as we played well. We were up against a very strong team and I think we defended very well against them. We didn't deserve to lose as we had chances and hit the bar in the second half. There was a disallowed goal too and that meant additional frustration."

Christophe Galtier (Lille coach): "You have to appreciate wins and this one wasn't easy. Guingamp deserved a goal for 15-20 minutes in the second half. Mike Maignan was very good in goal and we had luck on our side. We managed to come through our difficulties and since the winter break we have managed five straight away wins. We managed to pull away from our rivals for Europe and that's good."

Julien Stéphan (Rennes coach): "We're happy with the result as we knew it was a key match for climbing up to near the top of the table. We played well against a good team and maybe the score was a bit harsh on them. We were dynamic and played as a team and controlled things well in the second half. We've made it three wins in a week. We wanted to start February well and we have."

Jean-Louis Gasset (Saint-Etienne coach): "It was a catastrophic afternoon as we lost 3-0 and had two players sent off. In the first half we played pretty well but didn't take our chances. Khazri remains Khazri, one of the top scorers in the league. I would have liked him to have been there. Unfortunately he was suspended."

Thomas Tuchel (Paris Saint-Germain coach): "We played the way I wanted us to play in the first half. We were excellent, very fluid, with good possession, pace and movement. It was great, and we had great chances. The second half was not good. We gave the ball away too often, lost our confidence, our structure. It was not good, that is clear."

Eric Bedouet (Bordeaux coach): "We are on a run of consecutive defeats which is not pleasant. Things are very hard just now, but that is part of the job and we reacted by showing fight and trying everything. We just needed more precision in our corners, our set-pieces. But when you come to Paris, it is never easy. There is always a little moment of hesitation, of wavering, where we stand and watch them. But that is not a problem because it is a bit like that in every match. And when we began to play in the second half it was good."

Christophe Pelissier (Amiens coach): "We wanted to end our negative run of defeats after what was a very difficult January, even if we were playing against teams from the top of the table. This is a big relief. We have been working hard on set-pieces and we won from a routine that we talked about during a warm-up session this morning. Moussa (Konaté) scored on his first start after three months out. It is great to see him win it for us. I decided to start with four attackers on the pitch to send out a strong message to my squad, to show them that we wanted to win this game. We will need five or six more wins to stay up, and it will be decided here at the Licorne."

Fabien Mercadal (Caen coach): "I still do not understand how we managed to lose that match. It is hard to take. Our goalkeeper did not have a save to make. This defeat is a huge blow. We lost concentration at the corner that brought the goal, and it is a hammer blow. Now we need to try to be positive, ensure we don't give up. We will prepare for the Nantes game looking to win it."

Thierry Laurey (Strasbourg coach): "We held all the cards at the start of the game. We had the chances, but we didn't put them away and were punished. These things can happen. We played well on the whole, we tried to get forward and get the opening goal, and then we tried to get back in the game. We never gave up, and that is the spirit I want to see. We just got caught out defensively, and maybe technically the quality was not there at times. I am not disappointed with the performance, just the defeat. I can't reproach my players for anything. It is you (the media) who keep pulling our legs with this talk about Europe. We are a long way from that, we're not thinking about it. We are trying to progress and just play as well as possible."

Stéphane Moulin (Angers coach): "It is not easy to come and play here because they play with such enthusiasm. We set ourselves up to match their system and stop them doing what they love to do. I wanted to play with three central defenders because Strasbourg love to put crosses in. They started well, but then we settled into the game. We had three chances and scored two goals, and being clinical like that is new for us, so it was a good evening. Everyone played their part. It is a great collective victory. We are in a good position to stay up, but there is still a long way to go. We are on a good run and we can savour it, but we need to keep our feet on the ground as well."

Antoine Kombouaré (Dijon coach): "The idea was to put pressure on their playmaker (Florian Thaauvin) when he dropped off the front, to be strong in the 50-50s and to hurt them with the ball when we could. We proved we're capable of competing with OM. At the end of the day it's a bitter defeat, especially as we'd done what we needed to in opening the scoring. That's why we're very disappointed. We weren't up against a great Marseille and we should have been capable of taking a point."

Rudi Garcia (Marseille coach): "We did the job and the two halves were very different. In the first half we were sleeping too much and in the second half we played well. It was a real team effort and everybody was important, including the substitutes. What pleases me is that we came back from 1-0 down to practically the only Dijon shot - and having not been dangerous ourselves - in order to win the match. The second goal was a Lucas Ocampos exploit. After half-time OM were more enterprising and put more impact into the attacking play." 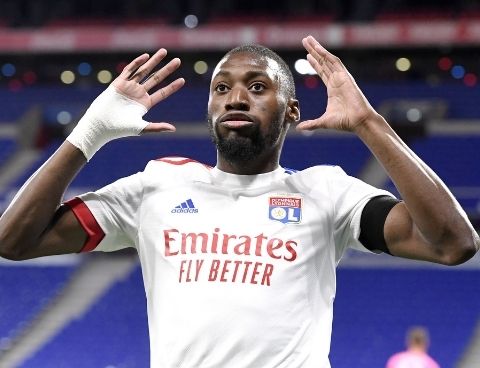 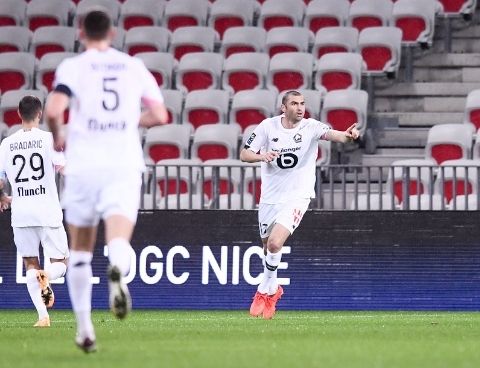