Fresh from their Old Trafford exploits, Paris Saint-Germain face another big test on the road on Sunday night as they return to Ligue 1 Conforama action against AS Saint-Etienne at the Stade Geoffroy-Guichard.

PSG fans have been on cloud nine this week in the wake of their side's outstanding performance in beating Manchester United 2-0 in their UEFA Champions League last 16, first leg, as goals from Presnel Kimpembe and Kylian Mbappé left the capital club within reach of the quarter-finals.

Coach Thomas Tuchel was the first to warn that the job is not done yet, but Paris are in a very strong position to win the tie and put behind them defeats against Barcelona and Real Madrid at the same stage in each of the last two seasons.

And it is Tuchel who has come in for the biggest praise in the wake of Tuesday's game in England, after he outwitted his opposite number Ole Gunnar Solskjaer and showed how to win on the big stage even without the injured Neymar Jr. and Edinson Cavani. The front page of sports daily L'Équipe on Thursday called the German "The Conductor".

While Mbappé made a big impact in a central attacking role and Ángel di María set up both goals on his return to face his old club, the most striking performance came from Marquinhos, who was outstanding in midfield as he put the shackles on Paul Pogba. As a result, United's threat going forward was nullified.

"Defensively we were very solid. We showed that when we play with the right mentality, when our positioning is good, we can do great things," said skipper Thiago Silva, who also praised Mbappé and Julian Draxler for the job they did tracking back.

Days off and birthday celebrations

Tuchel gave his side two days off on their return to Paris, with Wednesday night spent celebrating the birthdays of Cavani and Di María. The Uruguayan turned 32 on Thursday, with Di María turning 31 the same day.

Thoughts have since turned to the game at the Stade Geoffroy-Guichard. PSG have not lost at Le Chaudron since 2008 and won 4-0 at home to Les Verts when the sides last met at the Parc des Princes in September.

Paris lost away in Lyon in their last away league outing but can still afford themselves a few more slip-ups given their lead at the top of the table. But a win in Saint-Etienne, in the first of three league games in seven days, would be the perfect way to follow up their Champions League performance.

Saint-Etienne's recent home record is formidable, though. Jean-Louis Gasset's side have only lost once at home in the league this season - in last month's derby against Olympique Lyonnais. Coming into the weekend, their home record is second only to that of PSG. Les Verts were in action in midweek too, beating RC Strasbourg Alsace 2-1 in a rearranged game.

Robert Beric and Loïc Perrin scored first-half goals for Sainté before they found themselves hanging on in the second half to claim a first win in five games in all competitions. "We were restless because we hadn't won for a month," said Gasset afterwards.

His team are now back on track in their fight to return to Europe having failed to qualify in each of the last two campaigns. The good news for Sunday is that Romain Hamouma can return after serving a one-game ban, while Mathieu Debuchy - whose late own-goal in this fixture last season handed PSG a point - is expected to return to the line-up. Beric might keep his place after replacing the injured Loïs Diony.

"Victory always does you good. Results have not been great of late even if the spirit has been good, so it was good to get back to winning ways at home," said Perrin after beating Strasbourg in a match postponed earlier this month due to snow.

"The game in hand was very important as we knew it could boost our position in the table while the other teams were not playing. It's out of the way now and we need to be ready for Paris." 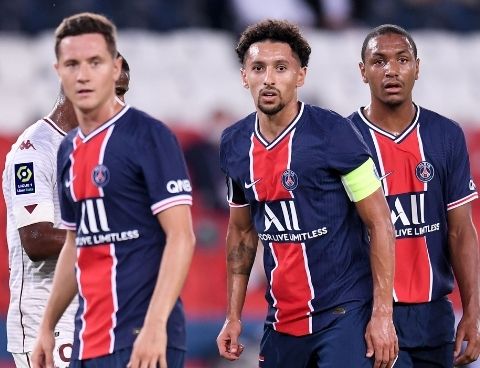 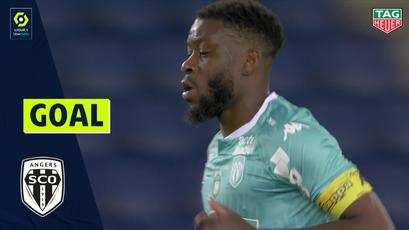