Garcia returns to Marseille for Olympico

All eyes will be on Rudi Garcia as the former Olympique de Marseille coach returns to the Orange Vélodrome on Sunday night on the Olympique Lyonnais bench in a hotly anticipated Olympico.

Garcia left Marseille in May after close to three years in charge, and while his time at the club will be best remembered for the run to the UEFA Europa League final in 2018, a disappointing last season which saw OM finish outside the European places and struggle in cup competitions meant few tears were shed among fans as he made his way through the exit door.

Fast forward to last month and the 55-year-old made his return to the game, replacing the sacked Sylvinho at Lyon. But his recent past connection with Marseille means the appointment has not gone down well with OL supporters, who greeted him on his debut against Dijon FCO with one giant, less than complimentary banner and have still not been won over.

Highlights: OM get the better of Lille

The attention on Garcia means this fixture - which has become one of France's fiercest rivalries in recent seasons - has been rechristened by some as the Rudico. It certainly adds extra spice to the occasion, as will the giant display set to be unfurled by OM fans before kick-off, covering three sides of the stadium.

Marseille will hope the hostile atmosphere gives them the edge against a Lyon side who have won the last five Ligue 1 Conforama meetings of the clubs and are unbeaten in 10 encounters altogether since a 4-2 OM victory in May 2014. Not only do the away side come here with recent history on their side, but their current form is promising too. They have won their last three matches in all competitions and scored eight goals in the process, with Tuesday's 3-1 defeat of Benfica in the UEFA Champions League following back-to-back league wins against FC Metz and Toulouse FC.

"We were desperate to get these three wins to start a little run. Now we are going to try to beat Marseille and jump up the table," said midfielder Houssem Aouar in an interview with OL TV. "I don't know if we lacked aggression previously, but we were not playing enough football. We were not really getting the chances to score goals and to shine, but against Benfica we got the goals and our fighting spirit shone through."

However, OL do have one major handicap this weekend. Memphis Depay's goal against Benfica was his 11th of the season in all competitions and followed a brace in Toulouse, including a stoppage-time winner. However, the Dutchman came off at half-time against the Portuguese giants and will miss the game at the Vélodrome with a hamstring injury. In addition, midfielder Lucas Tousart serves a one-game ban but Martin Terrier is set to return after a thigh problem.

Marseille ended last weekend in fourth place in the table, just one point off second spot and three points clear of Lyon in 10th place. André Villas-Boas has set his sights on leading OM to a top-three finish and Champions League qualification – something Garcia fell short of achieving during his time in charge - and will be pleased to see his team in the mix at this stage. They are fresh from a morale-boosting 2-1 win at home to LOSC last weekend, although they managed just one shot on target in that game and Marseille have won just two of their last eight games in all competitions.

Marseille’s failure to break into the top three in recent years has been largely down to their poor record against France's other leading sides. But while the nature of their 4-0 defeat away to Paris Saint-Germain in the Classique last month was demoralising, last week's victory and September's success in Monaco suggest that Villas-Boas's team can compete with the leading lights.

"We are climbing the table again, which is important. We are back in a position where we deserve to be, and now we can think about Lyon," said Villas-Boas last weekend.

It will be interesting to see if he persists with Boubacar Kamara in a midfield role after a successful experiment with the France under-21 defender there in the win against Lille. However, Villas-Boas will need to find a replacement for Hiroki Sakai, who is suspended. Bouna Sarr could start at right-back. 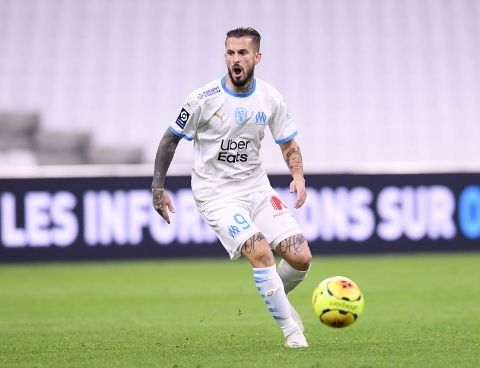