With eight assists to his name this season, marauding Strasbourg full-back Kenny Lala is level with Angel Di Maria and Nicolas Pepe at the top of the Ligue 1 assists charts. Interview…

Add to that his four goals, and the 27-year-old, who has spent the large part of his career in Domino's Ligue 2, has morphed into by far and away France's most dangerous defender. Lala told The Ligue 1 Show on BeIN Sports: "Before certain matches, I'll get texts from opposition telling me that their coach has single me out as a dangerman. I was just another discreet player beforehand, so I'm proud of that, it's what I work for."

Such a return going forward is also down to Thierry Laurey's tactical set-up at Strasbourg. Playing with three centre-backs frees wide defenders like Lala up to motor up and down the right flank, a setup currently in vogue across football.

"Wing-backs get more assists, even goals these days"

Lala explained: "A change in emphasis and tactics over the past couple of years has allowed us to shine. We're no longer asked to just pass to the winger and stay back, our job is now is to feed a midfielder and keep pushing forward, to add numbers to each attack. Wing-backs get more assists, even goals these days. It's pointless to just go forwards all the time, you just waste your energy, so it's about judging the situation, judging when your direct opponent is tiring, and unlikely to make the effort. That's when you counter, because you know he won't keep up. That's when things can really happen!

"First, I'll look at my direct opponent and I tell myself that I've got to better him mentally. My aim is always to make him defend, that's everything an attacking player wants to avoid and if that goes well, then at the end of the match I can be happy with my performance."

Lala joined Strasbourg in the summer of 2017, when a third consecutive promotion saw the Alsace club reintegrate the top flight after ten years away. They're now European hopefuls, and have a Cup final to play next month.

Lala said: "The club has come a long way, getting back to the top little by little. Already last year we experienced something really special altogether, this year it's something bigger again. We've all grown, and gained experience from our year in Ligue 1. I think that shows on the pitch, there's an energy about us, and it's one of the reasons this team is playing so well. If we can finish a little higher than the target we originally set ourselves, which was to beat the drop, then that would already be good for the club. Ideally, I'd like us to win the Coupe de la Ligue and finish in the top 10."

"One of the three best atmospheres in France"

To add to the players' impressive form, Strasbourg's passionate fan base is in equally good nick. 11 of the club's 12 home games this term have sold out, providing yet more reason for Lala to up his game. Lala commented: "For me, the fans are hugely important to how a match unfolds. They transmit their energy, it's hard to put into words. I think that is why we play football. When you enter the pitch and you see everyone going wild, getting behind you, pushing you. This season our fans create, in my opinion anyway, one of the three best atmospheres in France."

With the backing of La Meinau and the freedom to roam on Strasbourg's right flank, Lala has been as impressive as he has been consistent this season. Suggestions of a call-up to the national team have reached the ears of a man with over 100 Ligue 2 appearances to his name: "It's true that the more people say that to me, the higher I set my targets. When I say that I don't limit myself it's that I don't want to have any regrets at the end of my career. If it happens, then great, if it doesn't. it's no big deal, it can only make me grow!" 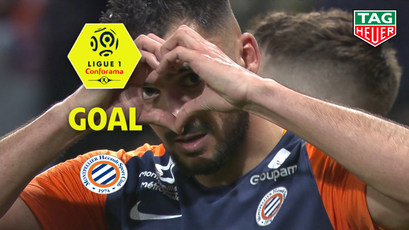 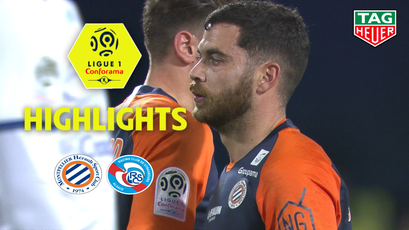