Nantes see off Bordeaux to get survival boost

Nicolas Pallois was FC Nantes' surprise matchwinner on Sunday as the ex-Girondins de Bordeaux defender volleyed home a superb second-half goal to boost his club's survival hopes with a 1-0 win.

THE MATCH
In bright sunshines, both sides stepped out at the Stade de la Beaujoire seeking to arrest a dip in form. Nantes started just seven points above the bottom three after three defeats in their last five; Bordeaux were five points but just one place better off as they had toiled for only four wins in their last 11.

Kalifa Coulibaly put a header over the bar early on (8') and Toma Basic, who scored his maiden Ligue 1 Conforama goal in Bordeaux's derby win over Toulouse recently, replied with a shot that ripped just wide (9') as the pair started brightly in warm sunshine in Brittany.

It was another Rongier corner that led to Pallois connecting with a sweet left-foot volley that Benoît Costil could only help into his net — the centre-back, who spent three years at Bordeaux before joining Nantes in 2017 — had spent last weekend at the funeral of his friend and teammate Emiliano Sala (52').

Nicolas de Préville's header might have pulled the visitors level had it been either side of Ciprian Tatausanu (60'); a glanced Coulibaly header squirmed just wide of the far post with Costil scrambling (70').

The Bordeaux captain kept his side in it with two saves in a minute, touching Rene Krhin's header over before bravely blocked Majeed Waris' point-blank shot (79'), but he needed Jules Koundé to clear off the line in the closing stages (87') as Nantes ended a four-game wait for a home win.

THE PLAYER: Benoît Costil
The only reason Bordeaux could still hope to get anything from the game right up to the final whistle was their goalkeeper. He made a string of saves that must have caught the attention of France coach Didier Deschamps.

THE STAT: 1-0
Bordeaux have lost four of their last seven league games 1-0, and their last 16 matches have been either decided by a single goal or drawn. 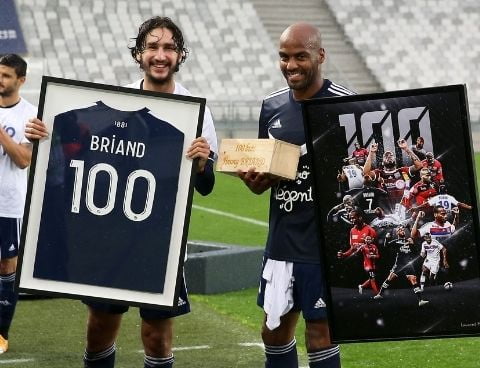