Paris Saint-Germain head to FC Nantes' Stade de la Baujoire with barely 14 first-team players to call upon, but knowing that a point would lift them to a sixth Ligue 1 Conforama title in seven seasons.

PSG's title celebrations were put on ice on Sunday, with second-place LOSC dishing out a 5-1 defeat to Thomas Tuchel's side, who ended the encounter without Juan Bernat, who was sent off, and Thiago Silva and Thomas Meunier, who came off injured at the Stade Pierre-Mauroy.

Bad day at the office

The defeat was Paris's worst in the French top flight since December 2000, one 27-goal top scorer Kylian Mbappé described as having been played "as if we were beginners," but Tuchel was having none of that at his post-match press conference.

"It's too easy to say that," said the German tactician. "We scored three goals, two of which were offside. Lille didn't have a single chance in the first half. This defeat shows something else: the personality they've had throughout the season. We could've won 11 against 11."

Neymar Jr. - the world's most expensive player when he swapped Barcelona for the French capital in the summer of 2017 - returned to training this week after three months out with a metatarsal injury, but the Nantes game comes too soon for him.

The Brazil captain is also joined on the sidelines by fellow attacking talents Edinson Cavani and Angel Di Maria, who have thigh complaints, as well as Bernat and Marco Verratti, who picked up their fifth cautions in a 10-game span against in Lille.

PSG have nonetheless won each of their last 17 meetings against Nantes, with their last loss to Les Canaris coming way back in October 2004, and the site of Mbappé alone - scorer of four career goals against Nantes - should be enough to strike fear into the hosts' hearts.

Nantes did, however, spring a surprise on Olympique Lyonnais on Friday. Kalifa Coulibaly and Martin Terrier exchanged goals in Brittany in a match which looked to be heading for a draw, before Anthony Limbombe curled home a late free-kick to snap a four-game losing streak for the hosts.

"It was a brilliant victory against a great Lyon team," said Tuchel's opposite number Vahid Halilhodzic. "It's a response to the criticism we've been hearing recently. We hadn't put in a performance like that for a while. I thanked my players, and told them I was proud of them."

Nantes employed a 4-3-3 against Nantes and Halilhodzic is unlikely to change much after a four-day rest, although centre-back Nicolas Pallois is expected to return. Midfielder Andrei Girotto serves the second of a three-match suspension. 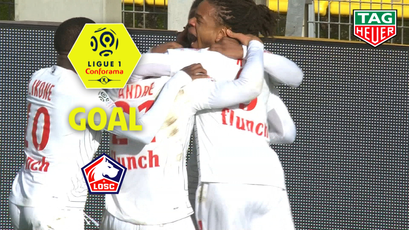