Valentin Rongier's late penalty proved the difference between the sides as FC Nantes beat SM Caen 1-0 in a match which saw emotional tributes to the recently deceased Emiliano Sala on Wednesday.

THE MATCH
Every Caen player entered the Stade Michel d'Ornano fiewld sporting Sala's name on their shirt, a tribute the former Nantes striker who tragically lost his life in a aviation accident last month. The tone of the match was competitive but respectful as a result, with early long-range efforts from Valentin Eysseric (5') and Yacine Bammou (12') failing to trouble Brice Samba in the home goal. Nantes began the day in 15th, four places and six points above their hosts, and they looked the stronger team throughout.

When Eysseric squared for Andrei Girotti the Brazilian looked odds on to make it 1-0 with a rasping shot across goal, but Samba sprang across his goal to keep him out (17'). Rongier then fired narrowly wide (27') before Nantes' task was made significantly more difficult, Andrei picking up two yellow cards in the space of ten minutes (28', 34'). Les Canaris managed to stay on the front foot, though, and will count themselves unlucky not to have taken a 1-0 lead into the break after seeing Diego Carlos head Eysseric's cross just past the post (38').

Nantes sat deeper after the restart given their numerical disadvantage, but they still had more pace and power in their legs than their relegation-threatened visitors. Kalifa Coulibaly flew past Ismaël Diomandé before sending a cross in for Majeed Waris who was lurking at the penalty spot, but the Ivorian's effort was deflected wide for a corner (66'). Waris would prove intrumental to Nantes picking up all three points, though.

The striker latched onto a Rongier pass before being felled by Alexander Djiku, and referee Willy Delajod had little choice but to point to the spot. Rongier duly stepped up to stroke home the spot-kick (80'), doubling his season tally, and ultimately sealing all three points for his team (78'). Nantes climb one place to 14th with the win, while Caen only have EA Guingamp below them in the table.

THE PLAYER: Majeed Waris
Waris has a lot of weight on his shoulders, succeeding Sala as Nantes' attacking talisman in tragic circumstances, but the Porto-owned striker looks ready to step up to the plate. Caen found the Ghana striker almost undefendable; he earned the penalty that led to the winner; would have scored with a dash more luck; and deserved the standing ovation he received when leaving the pitch for Rene Krhin late on.

THE STAT: 1 Caen mustered just a single shot on target, even though they played nearly an hour with a man advantage, and will need to dig deep to get out of the
relegation quagmire they find themselves in with in-form RC Strasbourg Alsace up next. 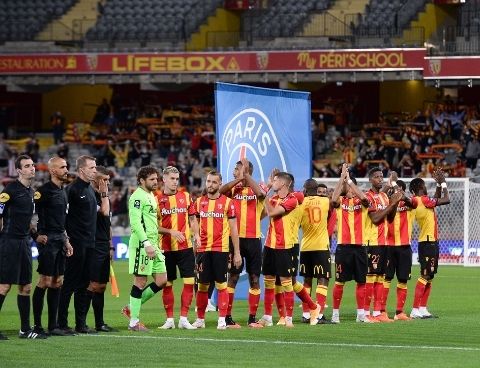