AS Monaco boss Leonardo Jardim hailed his side's quality after they clinched a shock 2-0 win over Lyon, whose coach Bruno Genesio was looking for more spirit from his side as they aim to clinch a second-placed finish.

Leonardo Jardim (AS Monaco coach): "It was very important to win as we need all the points we can get. Against a top-quality side, who have shown their quality this season against the likes of Paris Saint-Germain and Manchester City, we had a great attitude but also played some great football. We piled the pressure on them and it worked. We had a few chances and so did Lyon, but in the end, the 2-0 scoreline is a fair reflection of the match. When I signed with the club, the plan was to play on a par with the best teams in France for the remaining 16 matches of the season. We've done it over four matches so far, but we need to continue."

Bruno Genesio (Olympique Lyonnais coach): "We completely blew it in the first half. All of us! And me the most of all. Was this a hangover from the Barcelona match [0-0 in the UEFA Champions League last 16 on Tuesday]? I don't know. We had five days between the matches. We simply weren't aggressive or enterprising enough. I told my team that this Monaco side had completely changed in the winter transfer window. [On Memphis Depay's penalty miss] We'll never know if it would have changed the match. We could have hoped for a point. But if we want to be competitive in the race for a top-three finish, and in particular second place, we need to show a lot more spirit. We didn't see the real Lyon tonight."

Michel Der Zakarian (Montpellier coach): "We started the match well but were not clinical enough - it could have been 2-0 or 3-0 after quarter of an hour. Reims were more clinical than us on the counter-attack. They had four chances and scored four goals. Conceding nine goals in a week is a sign that we have not been good."

David Guion (Reims coach): "It is a deserved victory. The team grew into the game after Montpellier started the better team. We were always a danger, and after rectifying two or three things at the break we controlled the second half. We are capable of scoring goals away from home. We have achieved the club's primary objective of avoiding the drop. I am very proud."

Vahid Halilhodžić (Nantes coach): "It had felt like a century since we last won a game, so this feels good. It was a deserved victory. We could have scored a few more goals to take proper revenge for my first match with Nantes (a 3-0 defeat in Bordeaux). The most important thing is that we won, but I am a bit worried by our inability to take our chances."

Éric Bedouet (Bordeaux coach): "We feel incapable of turning things around at the moment - we reacted but it was not enough to win the game. We made a big mistake at the goal. If we are not able to score goals away from home, we need to at least make sure we don't concede. We knew they were dangerous at set-pieces, but we made a mistake and paid for it."

Alain Casanova (Toulouse coach): "Once again we found ourselves behind and it is very hard for the players because we could have been 2-0 up at half-time without argument. They had chances to finish it, but we stayed in the match until the free-kick where Max saved us again. It could have been worse, but there is a lot of frustration for us at the end of the game."

Fabien Mercadal (Caen coach): "We were almost there. We missed chances to finish it off and that is a shame because we could have been 2-0 up and the points would have been in the bag. There were nevertheless lots of positives to take forward. This point takes us out of the bottom two. The players were disappointed but they don't see it as a defeat. A point keeps us moving forward. The boys are getting their confidence back bit by bit."

Julien Stéphan (Rennes coach): "I thought my players put in a great performance. Just 72 hours after the match against Betis, to be capable of playing with that intensity, and to be able to start the way we did, is extremely positive. The regret is the goal we conceded from a set-piece because they did not create much else in the second half and we had chances to win the game."

Rudi Garcia (Marseille coach): "I don't think we deserved to lose or win and Rennes were the same, each side had a half where they were on top. The draw is the right result. Our problem was that we only played in the second half."

Thomas Tuchel (Paris Saint-Germain coach): "We had a lot of chances to score throughout the game. We could have won by more. Kylian could have scored five goals! Perhaps we lacked a little concentration, but I think we played really well and defended high up the pitch. The second half was exceptional. It was a great win. The team got stronger and stronger as the game wore on. Now we want to beat Dijon in the Coupe de France. We haven’t forgotten our elimination in the Coupe de la Ligue against Guingamp. We need to stay calm, stay professional and be ready for Tuesday. It’s a very important match for us."

Bernard Blaquart (Nîmes coach): "Everything that Mbappé does, it's dangerous, it makes a difference. He creates a lot of chances and he has scored two of them. He's always on the boil. It's impressive. He's so quick…He's a phenomenon of French football, and it's going to last a while."

Christophe Pelissier (Amiens coach): "We had a very good first half. The players applied our plan to the letter. We put Nice under a lot of pressure as we wanted to stop them playing. In the second half, Nice pushed to try and equlise, and we were a little bit afraid of winning, so we sat back. There was a lot of quality in the first half and a lot of unity and self-sacrifice in the second. We know we'll have to fight to stay up right until the final game of the season. More than the win, I didn't feel that the players were inhibited by the pressure."

Patrick Vieira (Nice coach): "The second half, where we were a lot more agressive, where we made better choices and where we were better in possession. In the first, we lacked agression, we were under pressure, particularly in the first twenty minutes. That’s where you can see that lack of experience: we were in trouble and we didn’t know how to react. What we are missing was the use of the ball in the first half. We lacked a bit of courage and personality when we were coming out from the back in order to create a numerical advantage through the middle, something that we were able to do afterwards. We need to continue to work. We can always do better. The team is young and will learn from this match."

Jocelyn Gourvennec (Guingamp coach): "When the game ends like that, with a goal in added time, in a tough match, it does a lot of good to us all. There have not been a lot of positive outcomes at the Roudourou this season. It's good to have that at this time of the season, an important time, with a full stadium. We knew it was going to be a diffcult match against a compact side that defends very well, and that catches teams out like that. You have to make them run, which we did better in the second half than in the first. We did it like that, with a touch of good luck that we haven't had in a while."

Stéphane Moulin (Angers coach): "It's cruel, because overall, I think that we controlled our opponents well. We didn't play all that well technically. But tactically, in the way we defended, we at least matched them. I'm disappointed with the result of course, but also, I'm not happy with the way we conceded the goal. It was totally avoidable. Once again we didn't close down the man crossing the ball. I have told them several times to do that. It's one of the rare times in the game when we defended badly, and we paid for it."

Antoine Kombouaré (Dijon coach): "I am angry after the goal we conceded. At a corner, a central defender who scores with a volley, it's not normal, it's unacceptable. It really makes me angry, and it has cost us at least a point. Mentally it is difficult at the moment. Defeats lead to doubts. We didn't do enough going forward, and we made a defensive mistake which cost us dear. We had players out, and it was an experimental defence, but we need to do more. Our second-half performance was a bit better, but it was not enough."

Jean-Louis Gasset (Saint-Etienne coach): "It is not yet the moment to talk about the race for Europe. There are still 12 matches to go. If we continue playing football well, and picking up points, we will see where we are with four or five games to go. It is good to win at Dijon with a weakened team. We could maybe have put the game to bed sooner, because we were on top very quickly. We were better in the second half. My team showed real defensive solidity. It augurs well for what is coming up, notably our matches at Marseille and against Lille."

Thierry Laurey (Strasbourg coach): "Overall I am satisfied because we were in difficulty in the first half. We are pleased at having put things right in the second half. At the end we caused Lille problems, but the draw seems like the right result to me. We knew they would start really strongly and we didn't want to expose ourselves. We wanted to let the storm pass because we know they are a dynamic side but who have less gas in the second half of games. We lost the ball less after the break and came back into it. We finished well and I am not worried. We are not going to win every match, so we are happy with the point here."

Christophe Galtier (Lille coach): "The players feel like they have dropped two points. But our inability to get a second goal left us exposed. To come away from here with a draw is not a bad performance at all. The regret is that we did not score the second goal despite having several chances, because we were good - very good even - for 60 minutes. We had a first half of real quality, where we were on top. We were still creating chances in the first 10 minutes of the second half, but then the game changed, especially after Lebo Mothiba came on. We started to sit back and did not bring the ball out so well. They tried to push us back and they succeeded in the final 25 minutes." 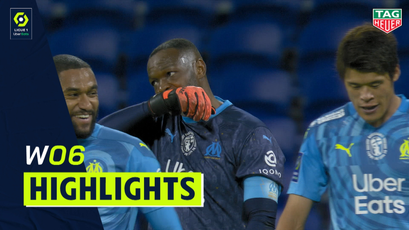