The 11 finalists for the 2018-19 Prix Marc-Vivien Foé - the award honouring Ligue 1 Conforama's best African player - have been announced, with RFI and France 24 to announce the winner on Monday, 13 May.

Cameroon international Foé plied his trade in France with RC Lens (1994-99) and then Olympique Lyonnais (2000-03), where he won the Coupe de la Ligue BKT (2001) and the first of Lyon's seven consecutive Ligue 1 Conforama titles in 2002. Although he moved to Manchester City for the 2002-03 season, he was in Lyon playing in the Confederations Cup with the Indomitable Lions in June 2003 when he collapsed on the pitch, later passing away in hospital due to a congenital heart condition aged 28.

The jovial and full-of-life Foé's death sent shockwaves around the footballing world, and while there were a host of memorials left and street names changed in his honour, perhaps the most enduring part of his legacy is the award named after him by RFI (Radio France International) and French news network France 24 and inaugurated in 2009.

The Côte d'Ivoire's Gervinho (2010, 2011) is the only player to have won the prize twice, while Morocco is the best-represented country on the honour roll with three different winners - Marouane Chamakh (2009), Younès Belhanda (2012) and Sofiane Boufal (2016). It wasn't until last season, when Angers SCO's Karl Toko Ekambi got the nod, that a compatriot of Foé collected the coveted prize.

RFI and France 24 have announced a list of the 11 finalists from ten different countries, with journalists from those two organisations to cast their votes ahead of the announcement of the 2019 edition on Monday 13 May.

Yunis Abdelhamid (Morocco, Stade de Reims, 31)
At 31, the French-born Moroccan is having a great season with the promoted club and his performances have earned him a re-call to the Lions of Atlas squad after a two-and-a-half year absence.

Youcef Atal (Algeria, OGC Nice, 22)
The diminutive wing-back brought his exciting brand of play - familiar to African audiences - to Ligue 1 Conforama last summer and has been delighting French fans - and coach Patrick Vieira - with his play at both ends of the pitch.

Stéphane Bahoken (Cameroon, Angers SCO, 26)
Bahoken made the switch from Strasbourg to Angers in the summer - replacing 2018 Prix Marc-Vivien Foé winner Karl Toko Ekambi - and has made an excellent go of it. So far, the 26-year-old son of former Cameroon international Paul Bahoken has bagged a personal-best nine goals this season.

Denis Bouanga (Gabon, Nîmes Olympique, 24)
At 24, Nîmes winger Bouanga is having his best season in France's top flight after sporadic appearances with Lorient a few years ago. The Gabon international is shining brightly, thrilling fans with any combination of goalscoring, dribbling and providing assists either out wide or through the middle - in just about every match.

Max-Alain Gradel (Côte d’Ivoire, Toulouse FC, 31)
Once again, the Ivorian is proving to be Toulouse FC's captain fantastic this season. A true leader both on and off the pitch, the 31-year-old winger is giving his all to keep the TFC in Ligue 1 Conforama and has been directly involved with the majority of his club's goals this season.

François Kamano (Guinea, Girondins de Bordeaux, 22)
The Guinean started the season like a rocket, with seven goals in the first two months of the campaign. The 22-year-old winger has been less influential since then - due to a lack of rapport with former manager Ricardo - but he remains Bordeaux's top scorer for the season (nine goals) and as of March looked to have returned to confidence.

Wahbi Khazri (Tunisia, AS Saint-Etienne, 28)
Will the man who came second in the 2018 edition of the Prix Marc-Vivien Foé go one better this year? The Tunisia forward is doing at least as well this season with Saint-Etienne as he did last time around with Rennes, and the 28-year-old club top scorer (12 goals) is a driving force in his side's push for a UEFA Europa League finish (currently fourth).

Lebo Mothiba (South Africa, RC Strasbourg Alsace, 23)
The South African is having a belting season with Strasbourg and recently lifted the Coupe de la Ligue BKT trophy after a penalty shoot-out win over Guingamp in the final. Be it as a starter or a super-sub, the 23-year-old - who always tucks his jersey into his shorts - is always dangerous, as his club-high eight league strikes show.

Nicolas Pépé (Côte d’Ivoire, LOSC, 23)
Without his 13 goals last season, LOSC could well have dropped down to Domino's Ligue 2 in the summer. And without his even more accomplished performances in 2018-19, Les Dogues (currently second) wouldn't be fighting it out with Lyon for direct UEFA Champions League qualification. The 23-year-old Ivorian is going from strength to strength under coach Christophe Galtier and is generally believed to be set for a big-money move to a big European club in the summer.

Ismaïla Sarr (Senegal, Stade Rennais FC, 21)
Sarr has talent to burn, blistering pace and a knack for scoring spectacular goals. The 21-year-old former FC Metz wide man has played a key role in the Brittany club's revival under new coach Julien Stéphan and is touted for big things in France - if he isn't snapped up by an overseas admirer in the summer.

Bertrand Traoré (Burkina Faso, Olympique Lyonnais, 23)
Although he has been less influential than last season, when he arrived from Ajax and caught plenty of opponents by surprise, Traoré remains one of the most talented forwards in Ligue 1 Conforama. Mesmerising dribbling and laser-guided finishing have seen the Auxerre and Chelsea youth product bag seven goals this season, and there is no doubt he will power on as Lyon look to leap-from LOSC for second place and direct UEFA Champions League qualification. 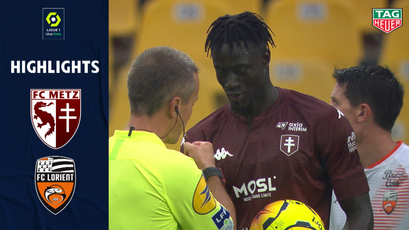 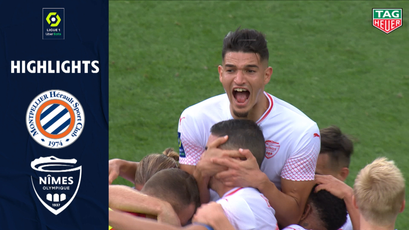