Lyon keen to get back on track in Caen

Olympique Lyonnais return to action at SM Caen on Saturday seeking the win that will give their self-belief a major boost ahead of a big week of action.

After their trip to Normandy, OL head to Manchester City for their first UEFA Champions League group stage game of the season before facing the side they pipped to third place last season — and with it a place in European club football's biggest competition — Olympique de Marseille next Sunday.

But Bruno Genesio's men head north with uncertainty surrounding their state of form. Two wins have been offset by as many defeats, including the 1-0 home loss to OGC Nice just before the international break.

"We've shown in the past that we're a team that's very hard to beat. We now have to perform more consistently," said goalkeeper Anthony Lopes, who missed the first two matches of the season — including the 1-0 defeat in Reims in Week 2 in Lyon's only away game to date — through suspension.

"We're under pressure the whole year. I've been at OL for a good few years. I know what you have to do. It's only by moving forward that you go forward. We're going to have to up our game."

They will certainly have to do that against a Caen side who will remember fondly the Coupe de France quarter-final between the pair last season that went in the hosts' favour.

They will be less keen to hark back to the Week 16 game that Lyon triumphed in thanks to a goal from Mariano Diaz — Moussa Dembélé, the striker signed from Celtic FC to replace the Real Madrid-bound forward, could make his Lyon debut at the Stade Michel d'Ornano where Lopes hopes his team will repeat their 2017/18 success.

"It's obligatory to try and win every match. We have two big games coming up afterwards. We're used to that," the Portugal international explained. "We'll put ourselves in the best position to win at Caen. We're united, we're all together. Everything will fall into place and the machine will start moving forward.

"We will have time to think about the rest. We're behind the coach. There's no need to worry about that. The atmosphere in the squad is great."

The international break arrived at a bad time for Caen, who just appeared to be getting into their stride when they were forced to take the traditional early season breather.

After the Fates of the fixture list smiled cruelly on them with a Week 1 trip to Ligue 1 Conforama champions Paris Saint-Germain that ended in a 3-0 loss, Fabien Mercadal's men have been unbeaten.

They drew with both Nice and Nantes after conceding late equalisers before picking up their first win in a three-game streak without defeat with an impressive 2-0 win at Dijon FCO in Week 4.

"It's a good three points. I was happy to be able to help my teammates," said former Lyon forward Claudio Beauvue, who joined Caen on loan from Celta Vigo just before the trip to Burgundy and came off the bench to score his new club's second in added time.

"Things go quickly sometimes, in both directions. I've come a long way…It was great to get some playing time and I hope this season is going to be good for both Caen and me." 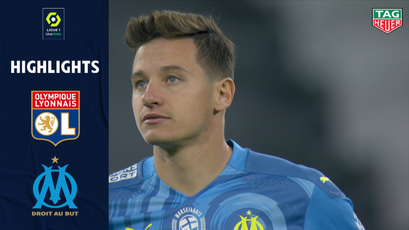