The house full signs will be up as promoted Nîmes attempt to repeat their OM heroics when Ligue 1 Conforama champions Paris Saint-Germain visit on Saturday afternoon.

The Stade des Costières delighted in the 3-1 success against OM in Week 2 but the euphoria of back-to-back victories to mark Les Crocodiles' return to the top division after 25 years away gave way to frustration in Week 3 as Bernard Blaquart's side fell 1-0 to Toulouse.

Paris Saint-Germain, meanwhile, have won every competitive match they have played this season and enter Week 4 as one of only two clubs with a three wins from three record at the top of Ligue 1 Conforama, along with surprise package Dijon. Thomas Tuchel was in serene mood as the German coach celebrated turning 45 in midweek and the star-studded squad from the capital will be expected to score another three points in Nîmes.

Against Angers in Week 3 Tuchel was forced into a tactical switch at half-time, abandoning the 3-4-3 designed to bring the best out of Neymar and switching to a 4-2-3-1 after the break. Thilo Kehrer endured a difficult debut as part of the three-man backline and was withdrawn at half-time when the score stood at 1-1.

Despite the limited success of his first-half system, Tuchel revealed it is likely to be seen again: "Of course it will be used again," said the former Borussia Dortmund boss. "You can't try out a system for 45 minutes and then say that it doesn't work at all. I wanted to see Marquinhos as a defensive midfielder and I wanted to see Presnel Kimpembe, Thiago Silva and Kehrer together on the field. I need to get to know my players and learn how they behave, find out their strengths and weaknesses. Of course we need a structure in order to attack well but also to defend well."

Edinson Cavani marked his return from an injury sustained at the FIFA World Cup with a goal against Angers and was joined on the scoresheet by Kylian Mbappé and Neymar. The latter two showed a burgeoning understanding and really seemed to be enjoying their football.

Neymar, in quotes published on Monday taken from a short interview with Catalan TV channel TV3, quashed speculation linking him with a move to Real Madrid.The Brazilian superstar said: "No I've got a contract with Paris and I'll be in Paris."

Blaquart will have to come up with a plan to counter the MCN. Against OM his side played with great intensity, roared on by passionate supporters and Nîmes will have to match that standard to stand any chance.

Blaquart: "We know the season will be difficult"

In defeat to Toulouse, Nîmes' level dropped alarmingly, as Blaquart acknowledged: "We suffered against a good Toulouse team. When you concede two penalties in a game it is difficult to get a result. We were a bit too timid in attack and we lost the ball too easily. We were too average to have hoped for better. We know that the season will be difficult and there'll be other setbacks." 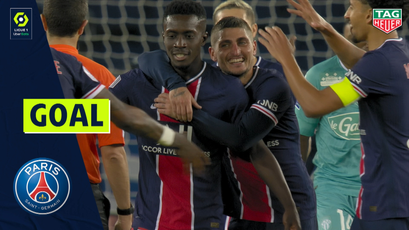