A six-goal thriller in Paris saw Monaco become the first to hold PSG to a league draw this season, paving the way for second-placed OM, 1-0 winners in Rennes, to close the gap behind the league leaders to five points.

There were fireworks at the Parc des Princes on Sunday night as league leader Paris Saint-Germain were held in check by a feisty Monaco making their first league outing under new boss Robert Moreno.

The former Spain coach fielded an attacking 4-3-3 and the goals flowed, Neymar bagging a brace as superstars on both sides - notably the Brazilian and Ligue 1 Conforama top scorer Wissam Ben Yedder (15 goals) - fired in a match that ultimately saw substitute Islam Slimani secure a share of the points for Monaco with 20 minutes to go.

"It's not that PSG had flaws; they're a great team. But I think we simply made an immense effort tonight," said Moreno after his extremely impressive Ligue 1 Conforama debut. "I'm very happy with my players. They did a good job. PSG are a team of champions, I want to congratulate my players. They played a great game."

Tuchel: 'Have to be careful'

Meanwhile PSG boss Thomas Tuchel acknowledged that there is room for adjustment before the second match of the two sides' league double-header - the postponed Week 15 clash at the Stade Louis II on Wednesday night.

"It was an intense match, and that's exactly the area in which we need to improve," admitted the German boss, who had opted to start with every one of his Fantastic Four - Kylian Mbappé, Neymar, Mauro Icardi and Angel Di Maria. "The first half was a little too open, they're a top-quality team. You have to be careful not to lose the ball in dangerous areas."

However, OM boss André Villas-Boas felt his side - who have now won nine of an unbeaten run of ten in all competitions and have an eight-point lead over Rennes in third - should have done better.

"We had a bit of luck tonight, but we may well have effectively disposed of a direct opponent even though we said before the game that we would have been happy to take a point," said AVB, not impressed by his team's showing going forward (fur out of ten shots on target). "In this kind of game, the first team to score kills off the match. To make it to January and be in this situation, with this lead over our direct competitors, is very good."

Meanwhile FC Nantes continued their ascent with a 2-0 win in Saint-Etienne, climbing to fourth as Mehdi Abeid and Ludovic Blas struck to pile the woes on a Sainté side still shell-shocked after a 6-1 drubbing by PSG in the Coupe de la Ligue BKT quarters in mid-week.

Les Canaris now look ahead to their weekend Coupe de France round of 32 clash with Olympique Lyonnais, who made a triumphant start to the second half of the season with a 2-1 win in Bordeaux thanks to a Moussa Dembélé winner - his 11th of the season - after Jimmy Briand and Maxwel Cornet had traded strikes.

Despite having star winter signing Rémi Oudin (Stade de Reims) making his debut, Les Girondins slumped to 13th on the back of this fourth-straight defeat. Meanwhile Lyon jump five spots to seventh, hot on the heels of Montpellier, who had the strike duo of Gaëtan Laborde and Andy Delort to thank for a 2-1 win away to struggling Amiens, who dip back into the drop zone (18th).

LOSC would have been hoping for better than the 1-0 defat they suffered away to 16th-placed Dijon, but remain fifth, while Metz pulled to within a point of the Burgundy club thanks to the 1-0 win that saw Strasbourg fail to take all three points for the first time in four league matches.

Nineteenth-placed Nîmes took full advantage to go three points clear of the Téfécé by beating ten-man Reims 2-0 while Angers SCO and OGC Nice played out a 1-1 draw at the Stade Auguste-Delaune. 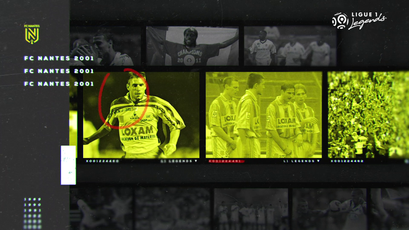 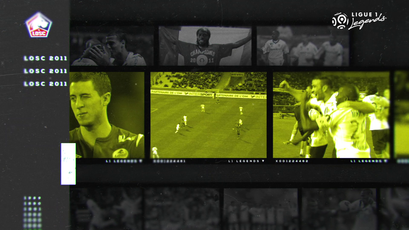