Memphis Depay played a part in every goal as Olympique Lyonnais cruised to a 5-0 win at bottom side FC Metz on Sunday.

Lyon knew a win would lift them provisionally up into third place in the Ligue 1 Conforama table before rivals Olympique de Marseille took to the field on Sunday evening, and Bruno Genesio's side were determined to crank up the pressure in the race for UEFA Champions League qualification.

They were 2-0 up at the break at the Stade Saint-Symphorien thanks to two almost identical goals. The opener came inside the opening minute as Depay delivered a corner from the right and Marcelo towered above Moussa Niakhaté to head in at the back post. It was 2-0 when Eiji Kawashima got caught underneath another Depay corner, from the left this time, and Marcelo was again there to score at the back post (21').

Depay somehow missed the target from an inviting Bertrand Traoré ball across the face of goal just before the hour mark, but soon after he did get his name on the scoresheet, lifting his finish over Kawashima after being sent away by a Tanguy Ndombele through ball (65').

It was turning into a punishing afternoon for the hosts, with Depay laying the ball back for Traoré to finish low into the net for the fourth goal in the 68th minute.

Anthony Lopes intervened to tip over a Renaud Cohade piledriver at the other end and a fifth goal followed soon after for OL. Depay was again the provider, sending Mariano Díaz away to clip his effort into the net and complete the rout (86').

Now nine games without a win, Metz remain rooted to the foot of the table, eight points from outright safety.

The Dutchman kept up his stunning form with four assists and a goal of his own for Lyon here. That is after his brace in last week's 2-0 win against Toulouse FC and his last-gasp winner in the previous outing at Marseille. The ex-Manchester United man how has 13 Ligue 1 Conforama goals this season.

This was Lyon's fourth 5-0 win of the season, all of them coming away from home, after previous successes at ESTAC Troyes (Week 10), AS Saint-Etienne (Week 12) and OGC Nice (Week 14). This was also Lyon's fourth league win on the bounce, confirming their return to form. 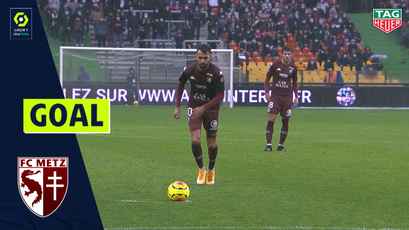 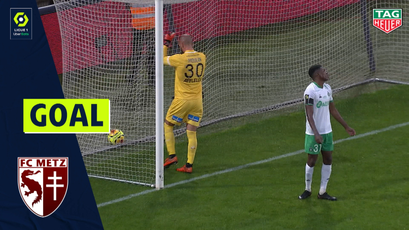