One game into his Monaco coaching career and Robert Moreno is already making a tangible difference. Now the Spaniard faces the ultimate test in the French game: back-to-back matches with Paris Saint-Germain.

Appointed on a two-and-a-half year contract at the end of December as Leonardo Jardim's replacement, the 42-year-old made the most of his limited preparation time ahead of last Saturday’s dramatic 2-1 home win over fellow Ligue 1 Conforama club Reims in the round of 64 of the Coupe de France.

Moreno, who qualified Spain for UEFA EURO 2020 in his brief spell in charge, is in his first number one coaching role in club football but his method has been honed by his many years as assistant to Luis Enrique at Roma, Celta Vigo, Barcelona and Spain. The Barcelona influence is particularly strong as Moreno espouses possession football and a vigorous pressing game.

Moreno used his first week at the helm to get to know the Monaco squad and to get across his coaching philosophy, saying pre-Reims: "I want a team that plays together. We must always have the entire team defending and the entire team attacking. We can’t change everything in a week because I need to take onboard a lot of information. We need to all work together for a common cause."

The polyglot coach’s style is demanding physically and veteran midfielder Cesc Fabregas, the former Barcelona player, commented: "The method is different to what we had here before, that's for sure. He comes from the Barcelona school and his training sessions are similar to those I was used to under Pep Guardiola and Tito Vilanova. That's good for me but he's made me no promises that I'll play, and that's honest of him. I understand his ideas, but it demands a lot of work physically because he wants us to run a lot, a lot, a lot."

Moreno named Fabregas in midfield in a 4-3-3 in his first eleven against Reims and getting the best out of the World Cup winner is one of the biggest challenges Moreno faces as he attempts to build on the 26 points gained in the last 13 league games under Jardim and hoist the principality club onto the Ligue 1 Conforama podium. Against Reims Fabregas - already taking orders from his third Monaco coach despite being at the club only a year - showed his class only intermittently, as has been the case since his arrival from Chelsea at the start of 2019.

Polish international Kamil Glik retained the captain’s armband and under Moreno is set to play as one of two centre-halves as the new coach discards the five-man backline Jardim frequently employed this season. Moreno left out Islam Slimani, opting for the mobility of Keita Baldé and Gelson Martins either side of centre-forward Wissam Ben Yedder.

Monaco struggled to create chances against Reims' formidable defence, one that has conceded only 10 goals in 18 league games this season, but there were aspects to the display to give Monaco fans grounds for cautious optimism. The suffocating press Monaco deployed at the start of the second half was new to the Stade Louis II and the home team kept going to the last, coming through thanks to Benjamin Lecomte’s penalty save and Baldé's controversial winner with the last kick of the game.

Throughout the match Moreno was a calm presence on the touchline, issuing instructions to his players with an impressive command of several languages. His French has come on in leaps and bounds already in his short time at the club.

"I’m very happy because I saw what I'd demanded from my team. We controlled the ball and we won it back quickly. After only a week working together this is good to know. It means I have top players with the ability to do what I want them to do. I like my team to have the ball and that was the case. I would have preferred not to have conceded a goal but they hardly had any chances. That's something important as this team did tend to concede a lot of chances."

"We understood his ideas. His style is easy for me because I came up through the Barcelona youth system, and it's always the same style of play. We touch the ball a lot and we have to be patient in order to find space. In the first half we also put in a huge amount of pressing."

"You can already see a bit of the coach's style in terms of the way they want to have possession and build from the back, get players between the lines and moving out of their zones. He needs time."

Next for Moreno comes a trip to the Parc des Princes to take on PSG, followed by meeting the same opponents a few days later at Stade Louis II. Moreno commented: "We need to keep working, working. PSG want to have the ball, like us. It will perhaps be different to the Reims game."- 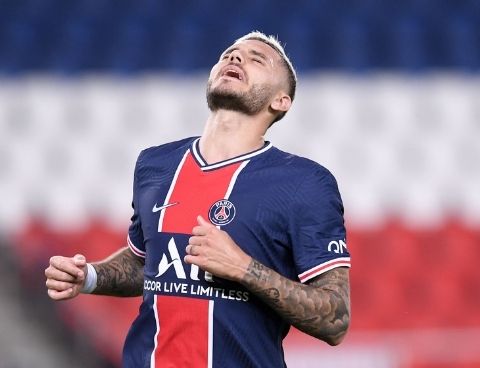