Layvin Kurzawa: 'I know what I'm capable of'

Layvin Kurzawa is the epitome of the modern-full back. Pacey, athletic, technically gifted, and a goalscorer.

Since joining Paris Saint-Germain from AS Monaco three years ago, the French international has earned himself a reputation for scoring stunning goals.

"I've scored five goals, that's right isn't it? I scored against Toulouse, against Lyon and the hat-trick in the Champions league (against RSC Anderlecht), but I'd be happy with any goal," he told The Ligue 1 Show on beIN Sports.

"Even just a tap-in I'd be more than happy, but it's even better that I've scored some nice goals."

His acrobatic strike against Toulouse FC in August came from a Neymar Jr corner on the Brazilian's home debut in a match Paris won 6-2. However, Kurzawa admits that the ball was probably intended for Edinson Cavani instead.

"I don't think it was for me. On the replay you see that he sees Edi and Edi makes a run to the near post, but the run from Edi and the great pass from Neymar allowed me to score a nice goal," he said.

Kurzawa's second Ligue 1 Conforama goal of the season, away to Olympique Lyonnais in January, could not prevent Paris from slipping to a 2-1 defeat, but it was a stunning strike from a Dani Alves assist.

"I almost didn't try to hit the volley because I thought that perhaps Rafael was going to touch it, but I thought, why not, I’m going to try and hit it, go through with it and it ended up a great goal as well, which was great for me and the team at that time as well.

'Best dad in the world'

"My partner is four months pregnant, but she didn't want me to do anything because not everyone knew, but it's not like I score every weekend, but if I score today I'm going to do it and she was like no, no, no. I said if I score, I'm doing it! Unfortunately for her, I scored."

Kurzawa is looking forward to parenthood, but what type of dad will he be?

"The best dad in the world. There will be rules, but I'll try and be a very good dad! I have no doubt! When I found out I was going to be a father, I realised that that was the best thing that could ever happen to me.

"Becoming a father is more than a dream to me, I don't know if it will be a boy or a girl, but it's something that will bring me joy for my entire life!

Kurzawa has often found himself out of the Paris line-up for big games this season, with coach Unai Emery preferring his fellow Spaniard Yuri Berchiche at left-back.

"What I'm aiming for now, is to play well, and that hasn't really been the case this season. That's why I'm really working hard, playing better, being more consistent, to be a better player, simply. The goals, the assists, that's good for me, for the club, but it's all a bonus."

After becoming a French champion for the second time last weekend, the 25-year-old is now aiming to write his name in Paris Saint-Germain's history.

"We have more trophies to win, records to break and we'll keep going as long as it's possible. I'm a competitor, and whoever I play against, I always want to win." 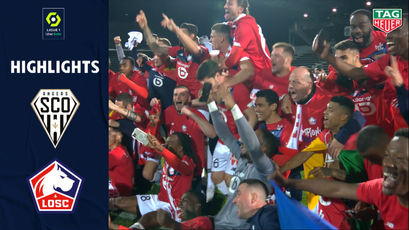