Lyon make it a magnificent seven

Memphis Depay again starred with a goal and an assist as Olympique Lyonnais marched on to a seventh straight Ligue 1 Conforama win on Saturday, comfortably beating FC Nantes 2-0.

The stakes were high at the Groupama Stadium, with OL locked in a three-way battle with AS Monaco and Olympique de Marseille for two UEFA Champions League spots, and Nantes looking to keep alive their own hopes of reaching the Europa League. Lyon were the form team, and they had everyone fit and available, with coach Bruno Genesio even able to afford himself the luxury of leaving top scorer Mariano Díaz on the bench at kick-off. There was no such luxury for his opposite number Claudio Ranieri, who was without his leading scorer Emiliano Sala due to suspension.

The home side started with real purpose, and Bertrand Traoré twice came close to putting them ahead early on. First, the Burkina Faso international saw a thunderous half-volley from 20 yards saved by Ciprian Tatarusanu (7'), and then he hit the bar after Nantes' Romanian goalkeeper had made a superb reaction stop from an audacious Depay overhead kick (12').

Nantes were offering little, but it looked as though they could hold on until the break, especially as Depay somehow missed the target after being teed up by Houssem Aouar (29'). Tatarusanu pumped his fists in celebration at that, and then beat away another Traoré strike (33'), but the goal was coming.

It arrived five minutes before half-time, with Fekir bursting forward and finding Depay on the edge of the area. The Dutchman still had much work to do but shuffled the ball brilliantly onto his left foot and found the net with a low drive.

Depay nearly made it 2-0 before the interval, but Tatarusanu got down to turn away his free-kick which had taken a significant deflection off Traoré. The traffic continued to go one way after the restart, but Aouar somehow headed against the post from a Depay cross when it seemed easier to score (52'), while Tatarusanu kept the Lyon attack at bay time and time again. He saved from Fekir and then got a touch to an Aouar effort before Koffi Djidji cleared off the line (59').

The pressure eventually told as the home side got the killer second midway through the second half, Depay doing all the spadework before ex-Chelsea man Traoré swept home his 11th in the league this season (68'), his fourth in as many games.

There was still time for Tatarusanu to make another terrific save from Fekir, and without the giant Romanian, Lyon would have won by a far greater margin. Seven straight wins keeps them motoring towards a return to the Champions League, keeping the pressure on their rivals. In contrast, it is just one win in 12 now for Nantes, and Ranieri's side can surely say goodbye to their own hopes of making the Europa League.

The Dutchman just keeps on doing the business, another goal and another assist for him here leaving him on 16 Ligue 1 Conforama goals for the season. He has scored seven and set up six in his last six games.

It is seven goals in six games for Depay, and also seven wins in a row now for OL. The last time they did that was in the middle of the 2014-15 season. 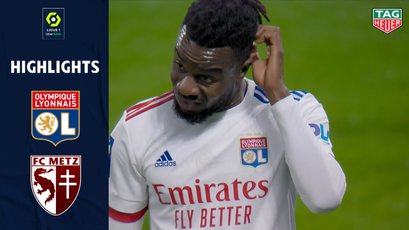