Romain Hamouma scored and Stéphane Ruffier saved a penalty as AS Saint-Etienne won 1-0 at Montpellier Hérault SC on Friday to keep their fine run going.

This match was an emotional occasion for Saint-Etienne coach Jean-Louis Gasset, returning to the Stade de la Mosson to face the team he steered away from trouble last season and who he describes as "my club". Before the game, homage was paid to the late Montpellier president Louis Nicollin, somebody Gasset said was "like an uncle".

Gasset took Les Verts here knowing a win would lift them provisionally into fifth place and keep them on course for Europa League qualification, which would be a stunning achievement given the position they were in just three months ago.

Montpellier are chasing Europe as well, but Saint-Etienne got the crucial goal just 10 minutes in. Rémy Cabella, facing the club where he first made his name, forced his way into the box, playing a one-two with Robert Beric, before helping the ball into the path of Hamouma, who tapped in just his second goal of the season, his first since August.

The home side were handed the chance to get themselves back on level terms right at the end of the first period, however. The clock had just ticked past the one minute of added time shown by the fourth official when Nicolas Cozza was chopped down by Kévin Théophile Catherine in the area and a penalty was awarded. Up stepped Giovanni Sio, but his kick from 12 yards was saved low down by Ruffier (45+2').

Cabella found himself through on goal just before the hour mark and chose to shoot himself rather than square for Jonathan Bamba, but had his attempt saved by Benjamin Lecomte, before the visitors dug in to defend their lead in the final half an hour.

Ruffier made a terrific save to tip over a fizzing strike from substitute Keagan Dolly (61'), but even when the goalkeeper was beaten Saint-Etienne survived. Ellyes Skhiri's 20-yard strike took a big deflection on its way towards goal and a grateful Ruffier saw the ball rebound to safety off the post (84').

The 31-year-old has been right back to his best in recent weeks, playing a major part in Sainté's revival. Here was another clean sheet, as Ruffier made some vital saves, none more so than from Sio's first-half penalty. The former AS Monaco man has now stopped four of the last 11 penalties he has faced in Ligue 1 Conforama. Montpellier had 25 attempts on goal, but could not find a way through.

Unlucky for some, but Saint-Etienne are now unbeaten in 13 Ligue 1 Conforama games, winning eight and drawing five. Sixth place should be enough for a Europa League spot, and Gasset's men must be fancied to return to continental competition as a result. In contrast, it is looking tough for Montpellier, who have now suffered three successive defeats. 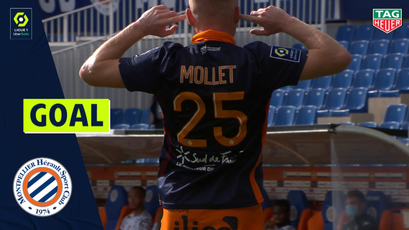 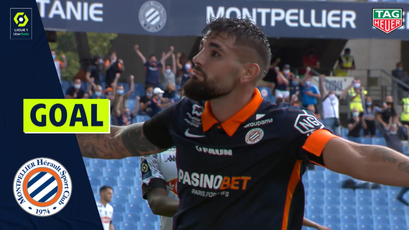