Europe on the line in derby

Both Olympique de Marseille and Nice are in need of the points when the clubs meet at Orange Vélodrome on Sunday evening hoping to pursue their European ambitions.

OM will have to recover fast following the euphoria of Rolando's extra-time goal at Salzburg on Thursday that secured them a place in the Europa League final, the first European final reached by a French club in 14 years. 120 energy-sapping minutes will undoubtedly have left a trace but Rudi Garcia's side will not want to pin all their hopes of featuring in the Champions League next season on beating Atletico Madrid in the final in Lyon on May 16.

Rami: "I feel sorry for my team-mates"

OM dropped points in Week 35 when they were held 1-1 by Angers. Playing last in Week 36 they could find the pressure squarely on them. Should Lyon and Monaco both win then OM will start the Nice game under extreme pressure, four points back from the top three. Adil Rami misses the match as he begins a three-match suspension. The centre-half said on Thursday: "I feel sorry for my team-mates who have to play again on Sunday. It's not a match that I'll be involved in."

Skipper Dimitri Payet added: "We’re sleeping in Salzburg this evening and we’ll start to recover but Sunday will come around fast. We’ll try to replace the fatigue with euphoria and we know we’ll get a special welcome in Marseille and we’ll need that backing through to Sunday evening’s match."

Speaking after the Angers encounter, Garcia said: "We dropped two points and that's damaging because we're close to the end of the season, but there are still three games to be played and Monaco also dropped points. It's not over. We'll host Nice and we'll be fighting to pick up one or two positions come the end of the season."

Nice kicked off Week 36 in seventh place in the table and challenging Rennes and Saint-Etienne for what are likely to be two Europa League berths for three clubs. The trio were separated by a mere point coming into the antepenultimate round of games.

Nice drew 1-1 at Strasbourg last week and have lost only one of their last 10 Ligue 1 Conforama outings, winning four of them. More maximum hauls will be required for Lucien Favre's side if they are to enjoy another continental escapade next season and the task is complicated by a tough fixture list over the last three games with trips to OM and Oympique Lyonnais sandwiching a home game against Caen, who still need points in order to beat the drop.

Following the share of the spoils at Strasbourg, Favre acknowledged: "I don't know if this was a bad result and the positive was that we equalised in order to take something. It's not easy to win here. We still have to go to Marseille and Lyon and the fight will continue for everybody whether they're concerned with avoiding relegation or competing for a Europa League finish." 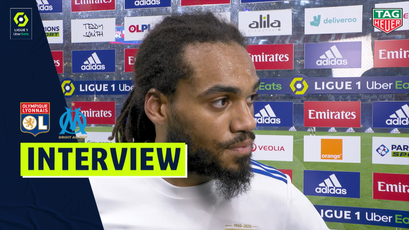